People in the northeastern Indian state fear they could become homeless overnight as the government is preparing to release a final list of Assam's citizens on Monday.

Millions of people are on tenterhooks in the northeastern Indian state of Assam over their citizenship.

The government is preparing to release a final list of Indian citizens living in the state on Monday.

The National Registry of Citizens was drawn up following illegal migration into the state from neighbouring Bangladesh.

But millions are worried they will become homeless overnight. 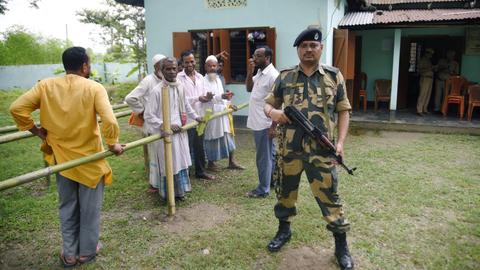