Actor Pavel Ustinov was this week sentenced to three-and-a-half years in prison for violence against police at an opposition protest, despite insisting he was merely a passerby.

A Moscow court on Friday ordered the release of a jailed actor pending his appeal in a case that has sparked protests and a star-studded solidarity campaign.

The Moscow city court ruled that Pavel Ustinov, 23, should be freed on the condition he does not leave the capital, an AFP correspondent said.

Ustinov was this week sentenced to three-and-a-half years in prison for violence against police at an opposition protest, despite his insistence he was merely a passerby.

The conviction sparked a major solidarity campaign, with supporters from film stars to teachers to priests, and saw hundreds of people stage protests outside President Vladimir Putin's administration.

Following the campaign, prosecutors ⁠— who had asked the court to jail the actor for six years ⁠— on Thursday sought Ustinov's release pending his appeal.

The prosecution said at the hearing on Friday that the judge had not previously taken into consideration Ustinov's good conduct and the fact that he had several siblings, among other factors.

Ustinov said, addressing the court by video link, that he did not plan to "flee or threaten anyone."

Ustinov's family thanked all those who helped win her son's release.

"This is a victory of all of us," his mother, Tatyana Ustinova, told reporters.

Authorities are widely expected to drop a prison sentence against Ustinov altogether after the General Prosecutor's Office on Thursday called the current sentence too harsh and asked the court to give him a non-custodial sentence.

The Moscow city court is scheduled next Thursday to consider the appeal.

After anti-government protests this summer, six people were given jail terms of between two and four years.

But the actor's case caused particular outrage because the court refused to consider video footage that showed police in an apparently unprovoked attack on him.

Dozens of stars with millions of followers on social media who usually steer clear of politics, spoke out in support of Ustinov, who is a little known novice actor.

They were joined by teachers, doctors, publishers, IT-specialists and more than a hundred clerics who said the other people jailed or awaiting trial after the protests should be released.

Tens of thousands of people rallied in Moscow this summer after authorities refused to allow opposition candidates to stand for the city parliament in September 8 elections. 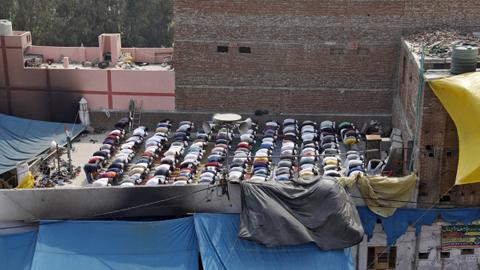