The Taliban launched a coordinated assault on an army base, in the second such attack this week.

At least 15 Afghan soldiers were killed when Taliban fighters attacked their army base in the southern province of Kandahar, the defence ministry said Friday, in the second such assault this week.

#AFG A deadly week in Kandhar. Taliban special forces has attacked military bases throughout the week &has killed more than 61 ANA soldiers

"The Taliban launched a coordinated assault on an army base last night in Shah Wali Kot district of Kandahar province," Dawlat Waziri, a ministry spokesman said.

A provincial official gave a higher death toll of 20.

On Tuesday, defence officials said militants attacked an Afghan government army base in Kandahar, killing at least 10 soldiers and wounding nine. The attack began just before midnight on Monday, the Afghan defence ministry said in a statement.

The Taliban have stepped up their spring offensive, launching multiple attacks in the country.

British Prime Minister Theresa May's spokesperson said on Thursday the UK was prepared to send more non-combatant troops to Afghanistan. The Trump administration is considering ramping up its military presence as well. 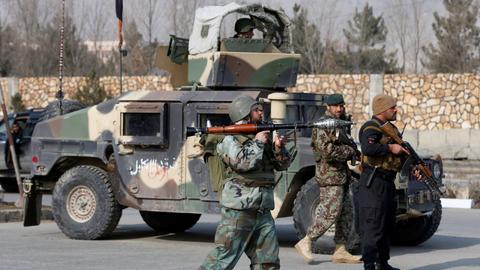