Pakistan 'puzzled at cacophony' over no invite to US climate summit

US President Biden has invited 40 world leaders to two-day summit on climate later this month – but not Pakistan. PM Imran Khan is not pleased, as he counts off the green initiatives his country is pursuing.

Prime Minister Imran Khan has said he is "puzzled at the cacophony" over Pakistan's exclusion from an upcoming summit on the climate crisis in the United States.

"I am puzzled at the cacophony over Pakistan not being invited to a climate change conference," PM Khan said in a series of tweets on Saturday, referring to April 22-23 virtual meeting.

US President Joe Biden has invited 40 world leaders to the summit leaving out Pakistan's Khan who said he could not understand the omission despite his country's contribution to "mitigate the impact of climate change."

Hence our initiatives of Green Pak, 10 bn-tree tsunami, nature based solutions, cleaning up our rivers etc. We have gained vast experience in 7 yrs, beg with KP, & our policies are being recognised & lauded. We are ready to help any state wanting to learn from our experience.

Khan said Pakistan's environmental policies are driven "solely by our commitment to our future generations of a clean & green Pakistan to mitigate the impact of climate change."

"Hence our initiatives of Green Pak, 10 billion-tree tsunami, nature based solutions, cleaning up our rivers, etc," he cited, referring to a massive tree planting drive to restore forests.

"Our policies are being recognised and lauded. We are ready to help any state wanting to learn from our experience," he added.

Khan also said he has already laid out priorities for the UN Climate Change Conference 2021 if the international community is serious about countering the impact of climate change.

The United States's climate envoy John Kerry is visiting United Arab Emirates, India and Bangladesh ahead of a climate summit.

The leaders of the three countries are among 40 invited to a two-day virtual meeting starting April 22 and meant to mark the US' return to the front lines of the climate crisis fight, after former president Donald Trump disengaged from the process.

The US is expected to make ambitious new commitments to reduce its greenhouse gas emissions under the terms of the Paris climate accord soon, and will encourage others to boost their own goals.

The Paris Agreement left countries in charge of making their own promises and taking their own measurements of emission reductions, but requires them to regularly revise their Nationally Determined Contributions.

The agreement's goal is to limit the increase in global temperatures by the end of the century to around 1.5 degrees Celsius above pre-industrial levels –– or risk leaving much of the planet inhospitable to life.

The United States, the world's top economy, is the second-largest emitter of greenhouse gases, which trap heat in the atmosphere. 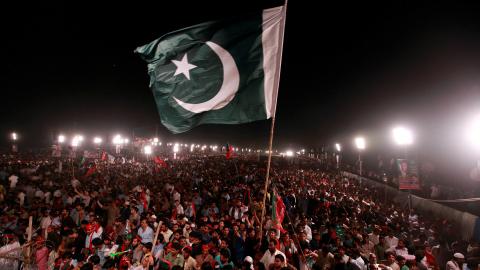 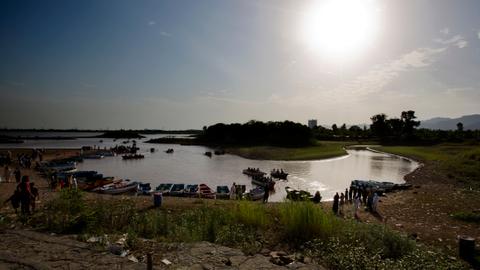