The 1984 photograph of Sharbat Gula as a child refugee became the most famous cover image in the magazine's history.

Sharbat Gula – an Afghan woman who featured in a National Geographic magazine cover photo over 30 years ago, becoming a symbol of the plight of Afghan refugees – will be released on bail days after being arrested in Pakistan for fraud, a government minister said on Sunday.

The photograph of Gula as a child refugee was taken in Pakistan by Steve McCurry in 1984. It became the most famous cover image in the magazine's history.

Earlier this week she was arrested for living in Pakistan on fraudulent identity papers following a two-year investigation into her and her husband, who has absconded.

"I think I will have to review this case because she is a woman and we should see it from a humanitarian angle," Pakistan Interior Minister Chaudhry Nisar Ali Khan told a press conference on Sunday.

"But if we withdraw charges against her, deport her or give her a temporary visa to leave Pakistan, then we will have to take back cases against the officials who issued her fake ID card – they are real culprits and I do not want to let them off the hook in any manner," he said.

"As a first step the FIA should arrange her bail as soon as possible so that she should get out of jail," Khan added.

Officials say she applied for a Pakistani identity card in Peshawar in April 2014, using the name Sharbat Bibi.

Investigators launched a probe into her application shortly after she procured the identity card. 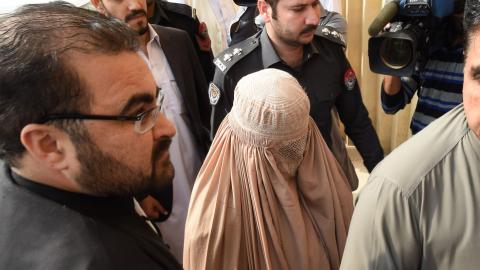 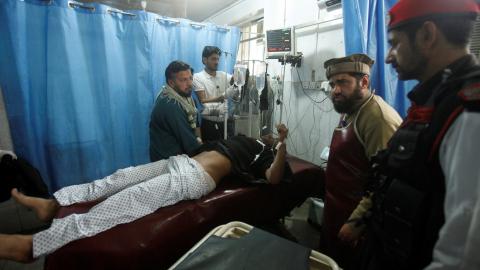