Police van rams into anti-US protesters in the Philippines

The protesters had gathered outside the US embassy in Manila to call for an end to the presence of US troops in the country.

Several people sustained injuries after a police van rammed into baton-wielding protesters outside the US embassy in the Philippine capital Manila on Wednesday.

The protesters had gathered to call for an end to the presence of US troops in the country and to support President Rodrigo Duterte's statements in favour of a foreign policy independent of the US.

"There was absolutely no justification (for the police violence)," said Renato Reyes, secretary general of Bayan (Nation) – a left-wing activist group.

"Even as the president avowed an independent foreign policy, Philippine police forces still act as running dogs of the US," Reyes added.

Police arrested 29 people at the rally, while at least 10 were taken to a hospital after being hit by the police van, he said.

However, Chief Inspector Arsenio Riparip, one of the officers overseeing the incident, said a total of 23 protesters were arrested after they broke through the line of police securing the embassy's gates.

"We had to disperse them. They started it. They were trying to enter the embassy," said Riparip.

"We had to use tear gas. They overpowered our policemen."

Police used tear gas and truncheons to try to disperse hundreds of people who had gathered to show support for Philippine President Rodrigo Duterte's recent comments that he wanted to loosen his nation's ties with the US.

Manila police chief Oscar Albayalde confirmed the police van hit protesters but insisted the driver was not at fault.

"They weren't really run over," Albayalde said in a statement, referring to the protesters.

"The rallyists were trying to flip over the patrol car. In the process, the driver extricated the patrol car and inadvertently hit some unruly protesters who sustained minor injuries."

One of the protest leaders, Amirah Lidasan, accused the police of starting the violence.

"It was the police who attacked the protesters. First they rammed the police vehicle against the people. Then they released tear gas and hit us with truncheons," she said.

While the Philippines is an ally of the US, the country's President Rodrigo Duterte has said he wants to distance the country from the US.

In a series of conflicting statements, Duterte insulted US President Barack Obama and the US ambassador in Manila for questioning his war on drugs, which has led to the deaths of 2,300 suspected drug users and dealers.

He told Obama to "go to hell" and hinted at severing ties with Washington.

After weeks of anti-American rhetoric, Duterte said the Philippines would maintain its existing defence treaties and its military alliances.

But Duterte is currently in Beijing on a mission aimed at improving ties with China and attracting Chinese investment, signifying a possible pivot from the US to China. 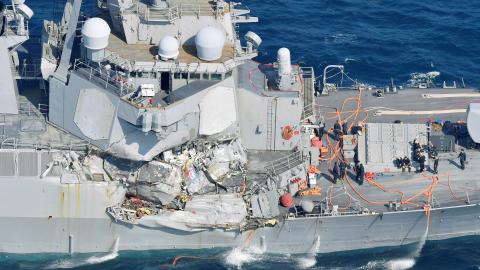 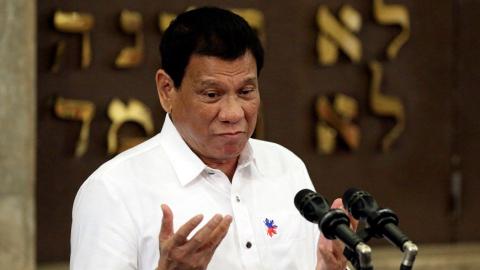 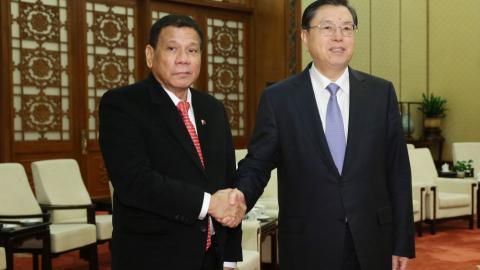 Duterte aligns with China and says 'goodbye' to US 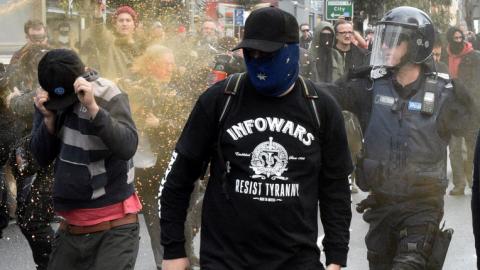