Pro-Beijing candidates have swept to victory in an overhauled "patriots"-only legislative election in Hong Kong with turnout hitting a record low.

Candidates loyal to Beijing won a majority of the seats in Sunday's vote, some of whom cheered on stage at the vote counting centre and chanted "guaranteed win".

Hong Kong leader Carrie Lam told a news conference on Monday the turnout was indeed low but that she was not able to give specific reasons for it.

"But 1.35 million coming out to vote – it cannot be said that it was not an ...
election that did not get a lot of support from citizens," Lam said.

The turnout of 30.2 percent during the election, about half that of the previous poll in 2016, was seen by anti-Beijing activists as a rebuke to China after it imposed a broad national security law and sweeping electoral changes.

When asked if the low turnout meant that her party lacked a public mandate, Starry Lee, the head of the pro-Beijing Democratic Alliance for the Betterment and Progress of Hong Kong (DAB) that won half of the directly elected seats, said the patriots-only rules would improve governance.

"It needs some time for people to get adapted to this system,” she told reporters at the vote counting centre.

The election – in which only candidates vetted by the government as "patriots" could run – has been criticised by some foreign governments, rights groups, and mainstream Hong Kong anti-Beijing parties, which did not participate in the polls, as undemocratic.

Most of the dozen or so candidates who called themselves moderates, including former lawmaker Frederick Fung, failed to gain a seat, succumbing to pro-Beijing rivals.

"It's not easy to push people (to vote). I think they are feeling indifferent," Fung told Reuters.

Under the new laws, the number of directly elected lawmakers was reduced from 35 to 20, even as the legislature was expanded from 70 to 90 seats. Most of the lawmakers were appointed by largely pro-Beijing bodies, ensuring that they make up the majority of the legislature.

All candidates were also vetted by a largely pro-Beijing committee before they could be nominated.

The previous record low for a legislative election held after the city's 1997 return from British to Chinese rule was 43.6 percent in 2000. 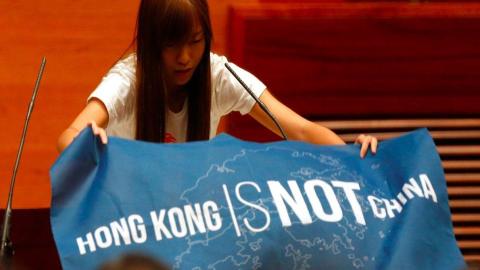 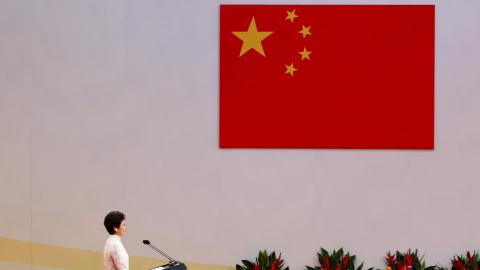