Thousands of people joined a mass rally to call for a court to convict Jakarta Governor Basuki Tjahaja Purnama for blasphemy.

Thousands of protesters turned out in front of Indonesia's parliament on Tuesday and demanded the arrest of Jakarta's governor over charges of anti-Islamic blasphemy ahead of a runoff election scheduled for April.

Basuki Tjahaja Purnama, also known as Ahok, is the first ethnic Chinese and Christian to govern the capital of the world's most populous Muslim nation.

He faces a trial over charges of insulting the Quran, an offence that carries a possible five-year jail term.

"We are urging House members to send a letter to President Joko Widodo asking him to suspend Ahok who has been named as a defendant in accordance with applicable law," said Bernard Abdul Jabbar, an FUI member and demonstration coordinator.

Purnama fought the February 15 gubernatorial election against two Muslim candidates amid protests over the alleged remarks he made about a Quran verse last year.

He accused his opponents of using the verse, which some interpret as meaning Muslims should only support Muslim leaders, to trick people into voting for him.

According to official results released by the Jakarta Election Commission, Purnama secured 42.96 percent of the vote compared to the 39.97 percent of his closest rival, former education minister Anies Baswedan.

A runoff is scheduled to be held in mid-April as no candidate crossed the 50 percent threshold. 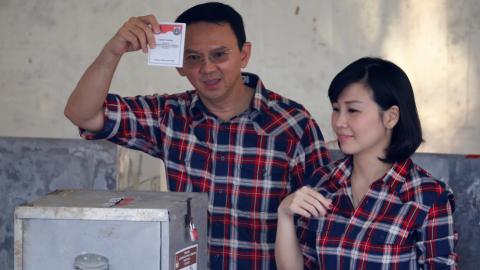 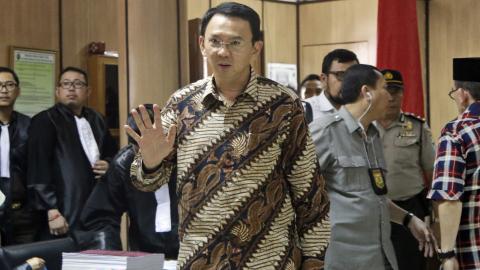 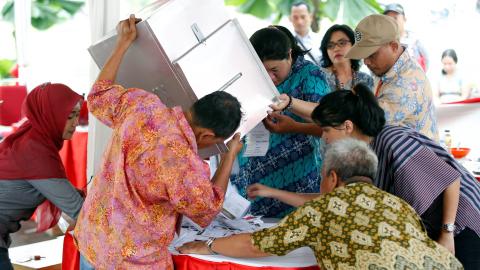