South Korea's Constitutional Court has upheld Park Geun-hye's impeachment by parliament. Pro-Park protests and clashes with police after the decision have resulted in two deaths.

South Korea's Constitutional Court on Friday formally removed impeached President Park Geun-hye from office over a corruption scandal that has plunged the country into political turmoil and worsened a serious national divide.

It was a stunning fall for Park, the daughter of a dictator who rode a lingering conservative nostalgia for her father to a big win in 2012, only to see her presidency descend into scandal. The unanimous ruling makes her South Korea's first democratically-elected leader to be removed early from office since democracy came to the country in the late 1980s.

"We remove Park Geun-hye from office," Lee Jung-mi, acting president of the court, told the hearing. "Her actions betrayed the people's confidence. They are a grave violation of law which cannot be tolerated."

Park, 65, was been accused of colluding with a friend, Choi Soon-sil, and a former presidential aide, both of whom have been on trial, to pressure big businesses to donate to two foundations set up to back her policy initiatives. She was also accused of soliciting bribes from the head of the Samsung Group for government favour.

Joseph Kim and Bruce Harrison report on reactions in Seoul where violence is escalating between pro-Park protesters and the police.

Park, who has denied any wrongdoing, has now lost her presidential immunity from prosecution. As an accomplice in two court cases linked to the scandal, she is likely to be investigated and could face legal proceedings.

Park was stripped of her powers after parliament voted to impeach her three months ago. But she has remained in the president's official compound, the Blue House, since then.

She did not appear in court on Friday.

Park loyalists filled the streets as the court made its decision, clashing with police outside of court building in the capital Seoul.

So far, at least two protesters are confirmed to have died in the clashes, including a 72-year-old protester who succumbed to injuries suffered during the rally. Police confirmed a second death, but the cause has not been given.

Park's parliamentary impeachment in December came after weeks of Saturday rallies that drew millions who wanted her resignation.

Overwhelmed by the biggest rallies in decades, the voices of Park supporters were largely ignored. But they've recently regrouped and started staging fierce pro-Park demonstrations.

People on both sides have threatened not to accept a Constitutional Court decision that they disagree with. One of Park's lawyers told the court last month that there will be "a rebellion and blood will drench the asphalt" if Park is booted from office.

Many participants at anti-Park rallies had said they would stage a "revolution" if the court rejected Park's impeachment.

Others disagreed, saying violent protests won't be supported by the general public.

"I respect the constitutional court's decision ... The cabinet should carry out state affair in a stable way and manage social order to prevent internal conflict from intensifying," the prime minister told a cabinet meeting.

Hwang became acting president in December after parliament impeached Park. He told ministers to prepare for a presidential election to be held within 60 days to choose Park's successor. The election is expected in May. 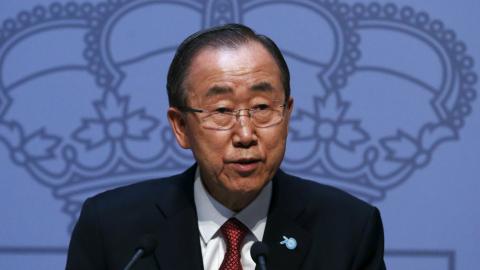 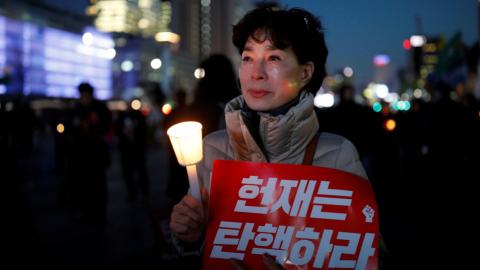 What to expect after the court rules on President Park's impeachment