Yuriko Koike, 64, becomes the first woman to be elected as Tokyo's governor after the former governor was forced to resign over allegations of using public funds for personal benefits.

Voters in Tokyo elected their first woman governor on Sunday after two predecessors stepped down over financial scams that clouded the city's preparations to host the 2020 summer Olympic Games.

The NHK exit poll showed Masuda was in second place, while Torigoe, a 76-year-old cancer survivor who was backed by several opposition parties, trailed both.

"Taking this result very heavily, as the new governor, I would like to move forward firmly with the administration of the metropolis," Koike told her supporters after the results were shared.

Tokyo, a city of some 13.5 million people, faces a number of problems such as an aging population, daycare shortage, and the ever-present possibility of a big earthquake.

One of the big issues in the election campaign was the 2020 Olympics, which Japan hopes will spur its struggling economy after decades of deflation. Construction of the main stadium has been delayed and the original logo for the games had to be scrapped after plagiarism accusations.

After the resignations of the city's two previous governors, Koike will be responsible for saving Tokyo's reputation as host for the games. She will travel to Rio de Janeiro to accept the Olympic flag as the next host.

"The Olympics are right in front of us. I want to use them as a chance to build a new Tokyo for beyond 2020," Koike said when the campaign began.

Koike, 64, angered the Tokyo branch of Abe's Liberal Democratic Party by not getting its approval before announcing her candidacy for city governor. Though the LDP and its coalition partner backed Masuda, fallout for Abe will likely be minimal despite Masuda's loss.

Yoichi Masuzoe, the former governor of Tokyo, resigned in June following allegations that he used official funds to pay for holidays, art and comic books for his children.

Masuzoe faced a no-confidence vote. He is the city's second governor to quit since Tokyo was named host of the 2020 summer games.

Masuzoe's predecessor Naoki Inose -- who led the capital's successful Olympic bid -- bowed out in late 2013 after also becoming embroiled in a personal finance scandal. Masuzoe's woes began in April when reports emerged that he was using his official car to be driven at the weekends to a cottage south of Tokyo.

Further allegations emerged that Masuzoe had travelled overseas in first class, bought art online and spent public money on family outings and accommodation in Japan. Masuzoe, who faced repeated grilling by the legislature and in the media, had admitted to ethical lapses but denied breaking any laws.

In a short speech before the Tokyo legislature, a chastened Masuzoe said he had worked hard for the 2020 Olympics and was filled with regret.

"But I am responsible for all of this," he said.

Lawmakers approved his resignation, effective June 21, shortly before he spoke. 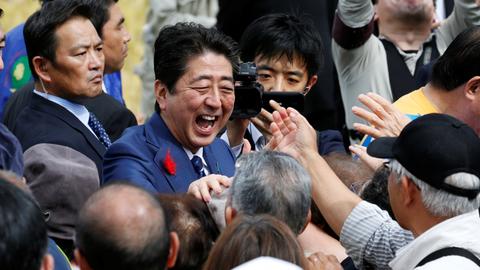