Jennifer Appel, Tasha Fuiaba and their two dogs were rescued by the US Navy after a Taiwanese fishing vessel saw their boat stranded 900 miles off the coast of Japan.

Two American mariners and their canine companions have been rescued after drifting off course and spending months stranded in the Pacific Ocean, the US Navy said Thursday.

Jennifer Appel, Tasha Fuiaba and the two pooches had originally set sail from their home state of Hawaii this spring. They planned a voyage of more than 2,000 miles (3,200 kilometers) south to Tahiti aboard a small sailboat.

Their engine broke on May 30 but the companions thought they could carry on and make landfall using wind power.

"Two months into their journey and long past when they originally estimated they would reach Tahiti, they began to issue distress calls," the Navy's Pacific-based Seventh Fleet said in a statement.

"The two continued the calls daily, but they were not close enough to other vessels or shore stations to receive them."

Then on October 24 a Taiwanese fishing vessel finally discovered the boat about 900 miles southeast of Japan.

After the fishermen contacted US authorities in the Guam region of the ocean, the amphibious dock landing ship USS Ashland, which was in the area, arrived the next day to rescue the sailors and their dogs.

Video released by the Navy shows one of the delighted sailors blowing kisses toward rescuers as they approached in a small motorboat.

Two brown dogs can be seen, wearing life vests, running around the deck and barking.

"They saved our lives. The pride and smiles we had when we saw (the Navy) on the horizon was pure relief," Appel said of her rescuers, according to the statement.

The canines – and their seadog masters – appeared healthy and well nourished. Appel said they survived by bringing water purifiers and more than a year's worth of food, mostly dry goods like oatmeal, pasta and rice. 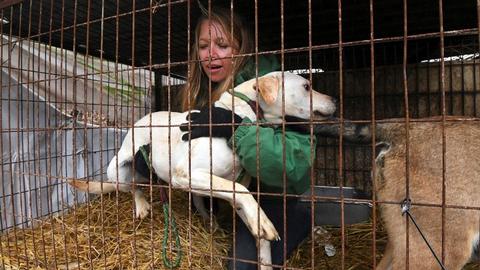 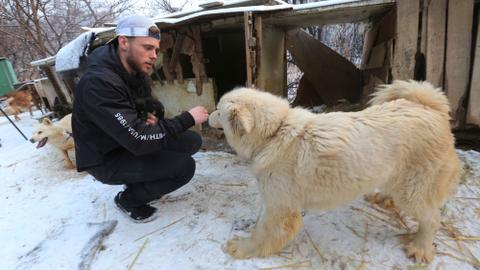 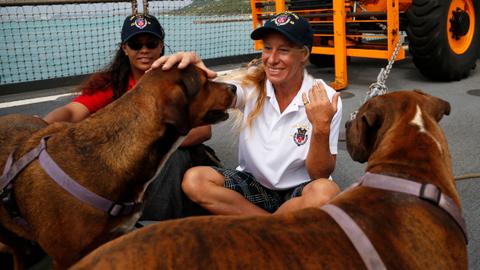 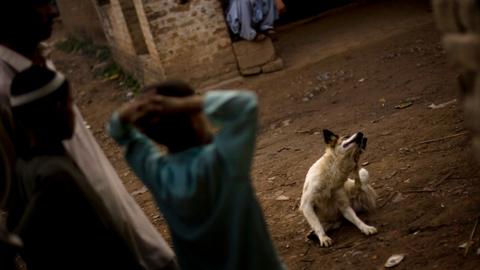