China found to be at fault in case brought by the Philippines, which argues country's activities in the South China Sea violate international law.

An arbitration tribunal at the Hague in the Netherlands rejected China's claims to economic rights across the South China Sea in a ruling on Tuesday.

"The tribunal concluded that there was no legal basis for China to claim historical rights to resources within the sea areas falling within the ‘nine-dash line'," the Permanent Court of Arbitration said.

The so-called nine-dash line refers to a demarcation line appearing in Chinese maps. It encompasses roughly 85 percent of the South China Sea.

There are a substantial number of vital fishing grounds as well as oil and gas fields in the area covered by this line.

Although there are no means to enforce the court's ruling it is still counted as a victory for the Philippines, which brought the case to the court in 2013, leading Filipinos to celebrate on social media:

we made it #CHexit

Victory of a small nation over a big bully. #Chexit pic.twitter.com/B1LwcsUdsj

It was the first time that a legal challenge had been brought in the decades-long dispute.

Despite the ruling, it is almost certain that China will not give up its claims in the region, as it immediately described the ruling as "ill-founded," "naturally null" and "void."

The powerful East Asian country had already stated in the past that it would not recognise the tribunal in The Hague and refused to take part in the hearings.

"No matter what kind of ruling is to be made, Chinese armed forces will firmly safeguard national sovereignty, security and maritime interests and rights, firmly uphold regional peace and stability, and deal with all kinds of threats and challenges," China's Defence Ministry said shortly before the ruling was made public.

According to Ian Storey of Singapore's ISEAS Yusof Ishak Institute, the ruling represents a "devastating legal blow to China's jurisdictional claims in the sea," but "China will respond with fury, certainly in terms of rhetoric and possibly through more aggressive actions at sea."

According to China's state run Xinhua news agency, a civilian aircraft successfully carried out calibration tests at two new airports on the Spratly islands located in the South China Sea just minutes before the ruling.

In addition, a new guided missile destroyer responsible for patrolling the disputed sea was commissioned at a naval base on the southern island province of Hainan, the country's Defence Ministry announced.

The tribunal also found that China had violated the Philippines' sovereign rights in the waters by interfering with its fishing and petroleum exploration and by constructing artificial islands.

China has always rejected these allegations, saying its main aim is maintaining regional peace and stability.

International response to the verdict

In addition to the Philippines, the ruling has importance also for some other Asian countries. Vietnam, Taiwan, Malaysia and Brunei have claims in the region, which spans almost 3.5 million square kilometres.

Vietnam immediately announced that it welcomed the ruling, which was described as "legally binding" and "final" by Japan.

US diplomatic, military and intelligence officials said China's reaction to the court's decision will largely determine how the United States and other claimants respond.

The United States is also among the participants of the dispute, as it has conducted military patrols near the islands claimed by China to show support for those states rejecting Chinese sovereignty over the area. 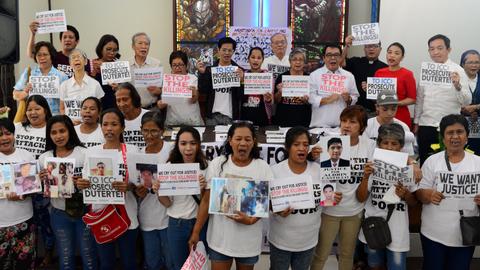