Cardinal George Pell, a top advisor to Pope Francis, arrived for his hearing which will determine if he will stand trial on sexual offence charges. Pell is on leave of absence from the Vatican and is planning to plead not guilty.

Vatican treasurer Cardinal George Pell arrived in an Australian court on Monday for the start of a four-week pre-trial hearing on charges of historical sexual offences.

Pell, 76, a top adviser to Pope Francis, did not speak as he was escorted to Melbourne Magistrates' Court by police through a group of media and protesters. Pell has so far not been required to enter a plea.

Pell was summoned by Australian police last year and is the most senior Catholic official to face such charges. Details have not been made public.

Pell's lawyers have said at past administrative hearings that he will plead not guilty to all charges. He is not required to enter a formal plea until a magistrate determines if prosecutors have enough evidence for a case to be committed to a full trial.

Court authorities have said they will close the court in Melbourne to the public for most of the first two weeks to protect the privacy of people giving evidence.

Pell is on a leave of absence from his Vatican role as Pope Francis' economy minister, which he started in 2014. The pontiff has said he will not comment on the case until it is over.

Up to 50 witnesses could be called during the four-week committal hearing, where they will give their accounts and be cross-examined by Pell's legal team.

Magistrate Belinda Wallington will then decide if there is sufficient evidence for the case to go to trial.

One of the charges against the former Sydney and Melbourne archbishop was withdrawn on Friday, with the accuser dying since the criminal proceedings began in 2017 following a two-year investigation. 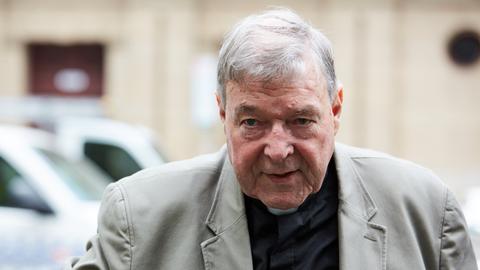