Stage II of the Shah Deniz gas field will provide more options to Europe to lessen its energy reliance on Russia.

Azerbaijan is set to begin pumping gas to Europe for the first time as it enters the second stage in developing its biggest gas field, the Shah Deniz.

With estimated reserves between 1.2 and 2 trillion cubic metres, Shah Deniz is one of the world's biggest gas fields. Located in the South Caspian Sea, the field will provide more energy options to the region and Europe, which is seeking to diversify its gas imports and lessen its reliance on Russian energy.

The Shah Deniz Stage II project is scheduled to be operational by the end of this year, and is expected to produce 16 billion cubic metres (bcm) of gas annually once it comes online.

Stage II of the project comes just over a decade after Shah Deniz Stage I came online in 2006, producing approximately nine bcm of gas annually.

Ten bcm of output from Shah Deniz II has been earmarked for Europe and six bcm for Turkey.

The field is being developed by Azeri state energy firm SOCAR, BP and an international consortium of partners. 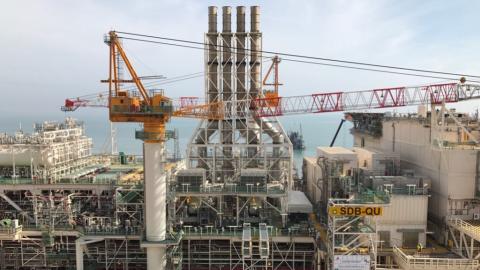