The drop mounts pressure on Chinese leaders to avert politically dangerous job losses as they fight a tariff war with US President Donald Trump over Beijing's trade surplus and technology ambitions.

China's economic growth decelerated to a 26-year low in the latest quarter amid a tariff war with Washington, adding to deepening slump that is weighing on global growth.

The world's second-largest economy expanded by 6 percent in the three months ending in September, down from the previous quarter's 6.2 percent, data showed Friday. It was the lowest rate since China started reporting data by quarters in 1993.

"Pressure on economic activity should intensify in the coming months," said Julian Evans-Pritchard of Capital Economics in a report.

The slowdown in China, the world's biggest trader, has global repercussions. It is depressing demand for industrial components from Asian countries and prices of soybeans, iron ore and other commodities, hitting Brazil, Australia and other suppliers.

The International Monetary Fund cited the US-Chinese tariff war as a factor in this week's decision to cut its 2019 global growth forecast to 3 percent from its previous outlook of 3.2 percent.

Trump agreed last week to delay a tariff hike on Chinese goods and said Beijing promised to buy up to $50 billion of American farm goods. Officials say the two sides still are working out details.

Beijing has yet to confirm the scale of possible purchases of US goods. It is unclear whether Chinese leaders want more steps, including possibly lifting punitive tariffs already in place before purchases go ahead.

An even bigger impact on Chinese growth appears to come from cooling domestic activity including consumer spending and investment.

Retail s ales growth declined to 8.2 percent over a year earlier in the first three quarters of 2019, down from the first half's 8.4 percent, the National Bureau of Statistics reported.

Chinese leaders are in a marathon campaign to nurture growth based on domestic consumption and reduce reliance on trade and investment. But those plans call for maintaining the level of exports that support millions of jobs.

China's exports to the US, its biggest foreign market, fell 21.9 percent in September from a year ago. That helped to drag down overall Chinese exports by 1.4 percent. Imports of American goods sank 15.7 percent.

The latest economic growth figure was the lowest since China began reporting data by quarters in 1993. Annual growth tumbled to 3.9 percent in 1990, but rebounded to 9.3 percent the subsequent year. 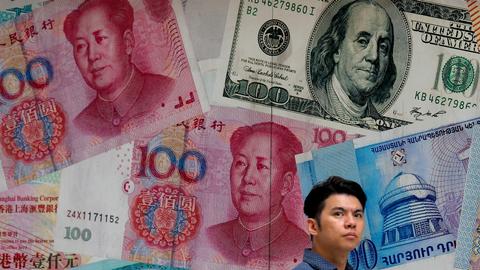 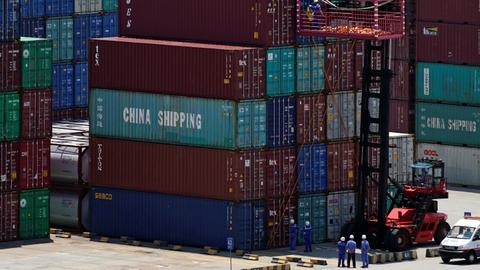