"We must intensify our efforts to increase our trade volume to the level of $100 billion; in this context, we first must put into effect the trade agreement, ECOTA, which is among the strategic goals of the 2025 Vision document," Erdogan said speaking at the 15th summit of the ECO in Ashgabat on Sunday.

Stressing that the agreement, which has not been implemented for 17 years, was the main instrument that could help reach the intra-regional goals, Erdogan said that the Istanbul-based ECO Bank could function efficiently to develop member countries once its institutional and financial capacities are enhanced.

The president noted that the improvement of the transport infrastructure within the region along with efforts to revive the Silk Road were ongoing at full pace.

Erdogan also called on regional and international cooperation in the fight against terrorism.

He stressed that no distinctions should be made between terror groups, including YPG/PKK, Daesh, and Fetullah Terrorist Organization (FETO), for the region's stability and regional development.

Erdogan said Turkey supported efforts to keep the Afghan state institutions functioning, including sectors of critical importance such as education and health amid a "a serious humanitarian and economic crisis."

Supporting the Afghan economy is also important to eliminate the risk of a possible influx of refugees that would affect the whole region, he said.

The stability in Azerbaijan, on the other hand, Erdogan said, was rapidly recovering as he applauded Baku’s efforts to increase regional prosperity through different projects.

“These steps will support the normalisation efforts in the region. As Turkey, we will continue to be by Azerbaijan’s side. It is of great importance that we stand in full solidarity with Azerbaijan as an organisation,” he said. 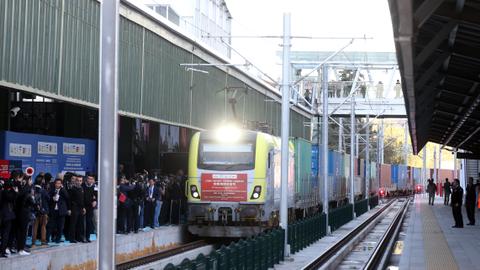