EU to unveil plans to boost European firms, rein in US tech giants

The data strategy and artificial intelligence discussion papers are part of a bigger scheme to help European companies better compete with US tech giants and state-aided Chinese companies in the digital world.

The European Commission will on Wednesday launch the first of a raft of proposals to help European companies exploit their rich trove of industrial data and at the same time rein in online giants Facebook Inc, Alphabet Inc's Google and Amazon.com Inc.

The data strategy and artificial intelligence discussion papers are part of a bigger scheme to help European companies better compete with US tech giants and state-aided Chinese companies in the digital world.

European digital and antitrust chief Margrethe Vestager and European industry chief Thierry Breton will present the proposals around noon. They will come up with a final draft by the end of the year following feedback from interested parties.

The core of the EU's data strategy is the creation of a single European data market and smaller data markets centered on key industries, according to a draft seen by Reuters last month.

One of the possibly controversial proposals calls for doing away with EU competition rules against anti-competitive data sharing.

In response to complaints about the power wielded by large online platforms, the Commission is also considering introducing rules to stop these companies from unilaterally imposing conditions for access and use of data or benefiting from this in a disproportionate manner.

The discussion paper on artificial intelligence aims to set up a framework to govern the use of this technology used by an increasing number of companies, a draft seen by Reuters showed. The rules would apply to high-risk sectors such as healthcare, transport and predictive policing.

More onerous rules known as the digital services act, which could force the tech giants to take on more responsibilities for their actions and content hosted on their platforms, are expected to be announced towards the end of the year. 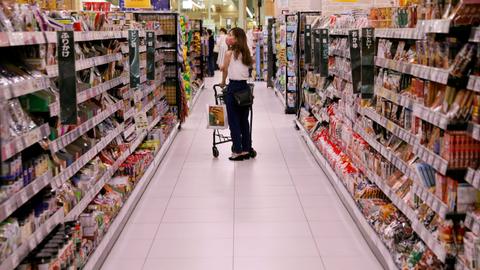