"Total has officially left the agreement for the development of phase 11 of South Pars (gas field)," he told parliament's news agency ICANA, adding that it had been more than two months since the French firm announced it would leave.

Zanganeh also appeared before parliament to underline the dire state of Iran's oil and gas facilities, which he said were "worn out" and in need of renovation that Iran could not afford.

The United States said in May that it was abandoning the 2015 nuclear deal and reimposing sanctions on Iran in two phases in August and November, with the second targeting the country's vital oil and gas sector.

The other parties to the nuclear deal – Britain, France, Germany, China and Russia – have vowed to stay in the accord but their companies risk huge penalties if they keep doing business in Iran.

Total had already said it would be impossible to remain in Iran unless it received a specific waiver from Washington, which was not granted.

The French firm signed up in July 2017 for the $4.8 billion (4.1 billion euro) project to develop the field off Iran's southern coast, as the lead partner alongside the China National Petroleum Corporation (CNPC) and Iran's Petropars.

It was due to bring state-of-the-art technology to create the pressure needed to tap the gas field, which Iran could then replicate for surrounding fields where pressure has been declining.

Total was due to make an initial $1 billion investment, but the company said in May that it had spent less than 40 million euros on the project to date, as uncertainty over US actions mounted.

The company would have been highly vulnerable to US penalties for remaining in Iran.

It has $10 billion of capital employed in its US assets, and US banks are involved in 90 percent of its financing operations, Total said in May.

Zanganeh said the process to find a replacement for Total was underway.

But it is unlikely that CNPC or Iran's own firms can take over the project, said Homayoun Falakshahi, an energy analyst for Wood Mackenzie in London.

"The technology Total was hoping to implement would have been world-first, using electricity to compress the gas," he told AFP.

CNPC was suspended from the project once before, in 2011, for failing to make progress.

The urgent need for investment to upgrade Iran's dilapidated energy infrastructure was a key motivator behind its decision to join the 2015 nuclear deal.

Zanganeh appeared in parliament on Monday to answer questions on safety concerns following a number of recent fires at refineries.

"A big part of the oil industry has been worn out and the necessary renovation has not taken place," he told parliament, according to the official IRNA news agency.

He said there were 10 cases per day of tubes perforating in Iran's southern facilities, and that some refineries were up to 80 years old, "whereas the useful life of an industrial unit is 30 years."

"We have no resources for renovating them," he added.

But some conservatives in Iran oppose foreign involvement in the strategic energy sector, and have frustrated plans to develop attractive investment contracts.

As a result, the Total deal was the only major investment project finalised after the nuclear deal came into force.

The only other deal was a smaller project with Russia's Zarubezhneft, worth 600 million euros, to develop two oil fields in western Iran. 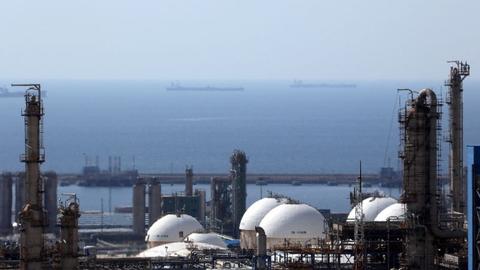 US sanctions against Iran are doomed to fail 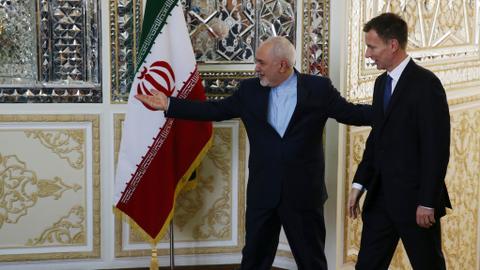