Panama said on Wednesday it would form an independent commission of experts to review the country's legal and financial practices following a leak of documents from a local law firm that has embarrassed a clutch of world leaders and officials.

"The Panamanian government, via our Foreign Ministry, will create an independent commission of domestic and international experts ... to evaluate our current practices and propose the adoption of measures that we will share with other countries of the world to strengthen the transparency of the financial and legal systems," President Juan Carlos Varela said.

Governments across the world have begun investigating possible financial wrongdoing by the rich and powerful after the leak of more than 11.5 million documents from 1977 until last December, dubbed the "Panama Papers," from the Panamanian law firm Mossack Fonseca.

Fonseca said he ruled out an "inside job" and claimed the "leak" was rather a "hack,"

The documents, called were obtained from an anonymous source by German daily Sueddeutsche Zeitung and shared with the International Consortium of Investigative Journalists (ICIJ).

A Geneva prosecutor said on Thursday he had launched a criminal inquiry in connection with the "Papers."

"We have decided to open a procedure in the framework of the Panama Papers affair, but I cannot say more," Olivier Jornot, Geneva's chief prosecutor, was quoted by the daily Tribune de Geneve as telling a news conference.

According to the documents, 140 political figures - including 12 current or former heads of state - are involved in the alleged network. The leak constitutes 2.6 terrabytes of data.

Russian President Vladimir Putin and people close to him are alleged to have engaged in offshore transactions worth billions of dollars.

Putin's spokesman alleged that the revelations aim to discredit the Kremlin leader ahead of Russia's upcoming elections, adding that the publications contained "nothing concrete and nothing new" about Putin.

He had been under immense pressure after the papers, leaked from a Panamanian law firm, appeared to show that he and his wife Anna Sigurlaug Palsdottir owned an offshore company in the British Virgin Islands and placed millions of dollars there.

British Prime Minister David Cameron, whose spokesman had declined to comment on whether his father ran a network of offshore investment funds in Panama, said on Tuesday that he did not own any shares or have any offshore funds.

Under pressure over the revelations, he did not answer questions on whether he or his family had benefitted from offshore investment funds set up by his father. His spokeswoman on Monday said this was a "private matter."

Ukrainian President Petro Poroshenko defended his commitment to transparency after lawmakers suggested he should be investigated following allegations that he used an offshore firm to avoid tax.

The leaked documents did not show that Poroshenko committed any crimes, a senior official in Ukraine's General Prosecutor's office said.

Pakistan's Prime Minister Nawaz Sharif addressed the nation by television on Tuesday to defend his family's business practices after allegations based on the leaked documents suggested that offshore companies headed by members of his family were avoiding tax payments and disguising assets and their origins.

Sharif rejected any wrongdoing, describing the corruption allegations as "old accusations repeated over and over again."

Austria's financial markets regulator is investigating whether lenders Raiffeisen Bank and Hypo Landesbank Vorarlberg followed rules against money laundering after they were named in the international data leak, suggesting that the Raiffeisen bank had made a loan of $115 million to a confectionery company owned by Ukrainian President Petro Poroshenko.

The chief executive of Hypo Landesbank Vorarlberg has become one of the first top bankers to quit over reports based on the files.

A Brazilian local newspaper revealed names in the leaked files including some from Brazil's largest party, the PMDB, which withdrew from President Dilma Rousseff's coalition last week. Some significant personages of Brazil's most prominent opposition party in the country appeared in the leaks, as well as others from the PDT, PP, PSB, PSD and PTB parties.

Argentina's President Mauricio Macri has also faced criticism for being mentioned in the documents, leading Macri to deny his connection with an offshore company in the Bahamas.

The leaked documents show that he moonlit as director of a company which was founded in 1998 and dissolved some ten years later. Macri said he had founded the company through a "legal operation" in an investment that "wasn't completed."

Sweden's finance officials have also contacted authorities in relation to allegations that the banking group Nordea helped clients set up accounts in offshore tax havens after information about Nordea was included in the leaks.

Following the reports, China moved quickly to limit local access to coverage of the matter after allegations suggested President Xi Jinping used an offshore account to hide millions of dollars.

State media denounced Western reporting on the leak as biased against non-Western leaders.

While the Chinese government has yet to respond to the allegations, state media have largely avoided any reporting of the "Panama Papers."

Argentinian soccer star Lionel Messi has also come under the spotlight after Spanish tax authorities said they were investigating allegations of tax irregularities involving the Barcelona striker following the release of the documents.

Swiss police raided the headquarters of the European soccer body UEFA on Wednesday to gather information about a contract signed by Gianni Infantino, now head of the global soccer body FIFA, that was also reported in the Panama Papers.

Infantino, elected FIFA president in February, said in a statement that he welcomed any investigation into the matter. He said on Tuesday he was "dismayed that his integrity was being doubted." 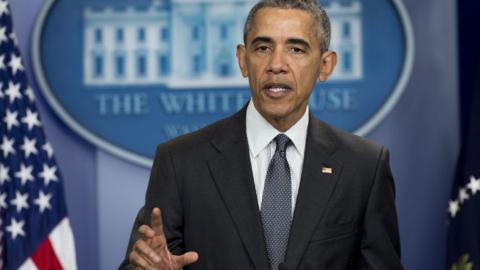 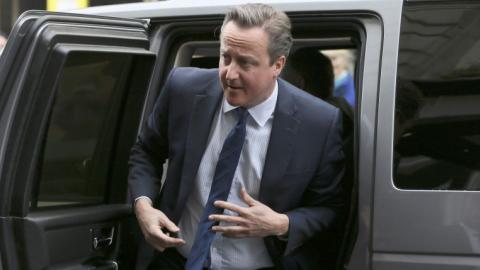