A Japanese court decided to keep former Nissan chief Carlos Ghosn in a cell in a Tokyo jail for another 10 days while they investigate allegations that he under-reported his salary by millions of dollars over five years.

A Tokyo court on Friday extended the detention of former Nissan chief Carlos Ghosn, local media said, after his arrest on allegations of financial misconduct that have shaken the auto industry.

The extension means Ghosn could remain in a Tokyo cell for another 10 days while prosecutors investigate allegations he under-reported his salary by millions of dollars over five years.

The 64-year-old tycoon was arrested on November 19 and prosecutors have already extended his detention once, while two of the companies he led - Nissan and Mitsubishi Motors - have voted to remove him.

The extension gives prosecutors until December 10 to decide whether to indict Ghosn on charges of under-reporting his salary. If he is indicted, he could then be released awaiting trial, or held in pre-trial detention.

Prosecutors could also choose to file additional charges against him, and with each charge they can seek to hold Ghosn for another 22 days.

Ghosn's detention even before charges have been officially filed against him has prompted some criticism abroad, particularly in France, where the executive holds citizenship.

On Thursday, the deputy head of the Tokyo prosecutor's office rejected the criticism, saying: "We do not unnecessarily keep people in custody for a long time."

"I do not criticise other countries' systems just because they are different," Shin Kukimoto added.

Ghosn, who denies the allegations against him, faces an array of claims involving hiding money and benefits he received while chairman of Nissan and head of an alliance between the Japanese firm, Mitsubishi Motors and France's Renault.

Nissan had been investigating Ghosn and close aide Greg Kelly for months after a whistleblower report and accused the pair of a scheme to misrepresent the Brazil-born chief's earnings.

Sources have since said Ghosn signed secret documents instructing aides to defer part of his salary, without disclosing this to shareholders.

The scheme allegedly involved under-reporting Ghosn's income by around $44 million over five fiscal years to March 2015.

It allegedly began after new regulations came into force in the fiscal year 2009/2010, including a law requiring any company executives earning 100 million yen ($885,000) or more to declare it.

The same source said Nissan funds were secretly used to pay for residences for Ghosn in Rio de Janeiro and Lebanon, homes that local media said cost "huge sums" and had no legitimate business purpose.

Those sorts of expenses should have been disclosed as compensation but were arranged without shareholder approval and generally in secret, the source added.

Local media also reported that Ghosn used Nissan corporate money to make a donation to his daughter's university and fund a family trip, and paid his sister around $100,000 a year for a fictitious role as an advisor.

Ghosn's arrest sent shockwaves throughout the auto industry and beyond, with Japanese and French officials at pains to stress the alliance between the three companies would not collapse.

On Thursday, executives from the three firms reaffirmed their commitment to the alliance despite reports of tension in the partnership, particularly on the part of Nissan, which outsells its French counterpart Renault.

While Mitsubishi Motors and Nissan have removed Ghosn, he remains chairman and CEO of Renault.

French Finance Minister Bruno Le Maire on Thursday said there was no question of ch anging the alliance's balance of power.

The rules of the partnership state that Renault chooses the alliance's CEO, who wields a tie-breaking vote in board decisions, while Nissan names the deputy.

Japanese media said on Friday that Prime Minister Shinzo Abe would meet French President Emmanuel Macron on the sidelines of the G20 summit this weekend to discuss the case.

Japan's government declined to confirm the meeting, but a spokesman said it was important to maintain stable relations despite the case against Ghosn. 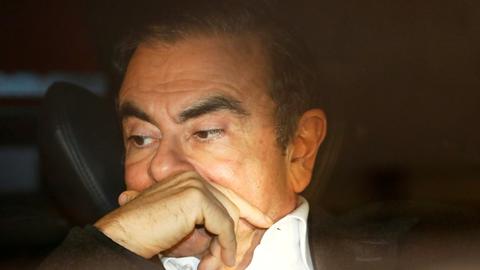 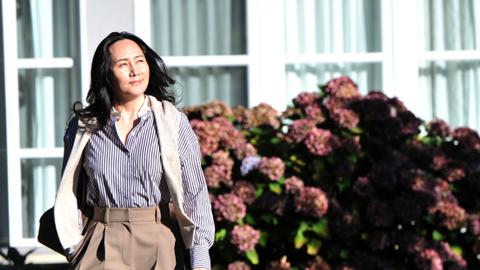