Mexican beef exporters look to Muslim markets as alternative to US

Mexico's growing beef industry is targeting Muslim consumers in the Middle East to reduce dependence on buyers in the United States.

As the potential for a US-Mexico trade war has accelerated under President Donald Trump, Mexican beef producers are looking for alternative foreign markets to the United States, which bought 94 percent of their exports worth nearly $1.6 billion last year.

Mexico is the world's sixth biggest beef producer. According to data from the Mexican cattle growers' association AMEG, the country plans to quadruple exports of halal beef to 20,000 tonnes by the end of 2018 from 5,000 tonnes this year.

It should have 15 plants certified to produce halal meat by the end of next year, according to AMEG data.

"There's an opportunity in these Middle Eastern countries," said Vizcarra, who is known in Mexico as the King of Beef.

Inspectors from the UAE will visit Mexico by June, after Saudi inspectors visited Mexico in March.

"They left with a very good taste in their mouths regarding Mexican production systems," Perez said.

Earlier this year, Indonesia expressed its interest in buying Mexican beef for the first time, although no deals have yet been finalised.

Russia is also considering buying large volumes of Mexican beef, and Mexico is seeking to expand shipments to existing buyers like Japan and South Korea. 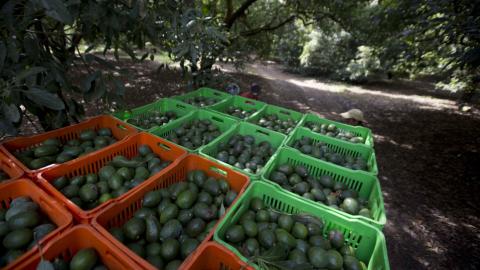