The share price of Snap Inc, the parent company of Snapchat, rose 44 percent on the New York Stock Exchange on its debut, giving the company a market value of $28.3 billion. The IPO price was $17, but closed the day above $24.

Snap Inc – the company behind Snapchat – surged on a wave of investor enthusiasm in its Wall Street debut on Thursday as people with money to spend glommed onto the hottest technology stock in three years.

Snap is pretty much a one-product company, an app called Snapchat, which has 158 million users, who check into the app, like, 18 times a day.

Secretive Snap co-founder Evan Spiegel, who usually avoids the spotlight, showed up at the NYSE to ring the opening bell on Snap's debut.

Traders on the floor got into the mood, donning "Spectacles," the company's video-camera glasses, and clutching soft-toy versions of Snap's smiling ghost mascot.

Snapchat is popular among the under-30s who like to put bunny faces on their selfies and vomit rainbows. Whether that appeal can be turned into cash is the big question.

And what's cool today often fades before it gets a second life with a retro look. User growth for Snapchat is slowing and Snap's competitors are already snapping at its heels.

The bird, the apple and the ghost: This week in tech 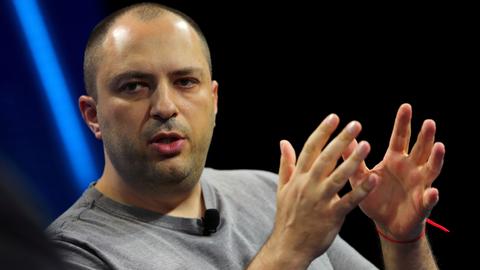