The root of Nigeria's ginger problem

The state of Kaduna in Nigeria produces some of the world's best ginger but growers say government support is essential for competing at a global level.

The town of Kwoi in the Nigerian state of Kaduna produces some of the world's best ginger.

For locals,  ginger is everything.

"A majority of the youth here don't have jobs; I have achieved many things with ginger, I paid my school fees with ginger," Timothy Usman, who inherited a ginger farm from his parents, said.

Many growers are trying to export the root and compete with large-scale farmers from further afield but they can only up their spice game if the government chips in.

Most farms are not modernised. A sharp drop in ginger prices is also harming the economy of Kaduna.

Hosteen Bungon, who sells ginger for export, said that the prices fell because Nigerian growers face competition from other countries where farms are mechanised.

"The government does not support us … if they can give us loans we will produce in large quantity, enough to sell to the world," said Iliya Bako, a ginger farmer. 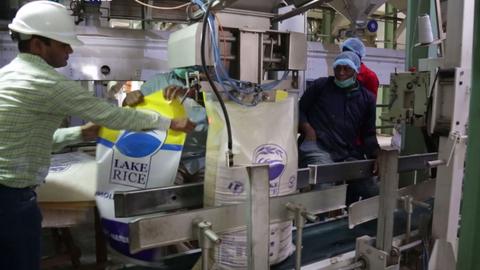 Why is Nigeria reluctant to sign Africa Free Trade deal?