US fines China's ZTE $1.2B for violating Iran, DPRK sanctions

China's telecom giant agrees to plead guilty and pay the largest criminal penalty in US history in an export control case.

The US government has slapped $1.2 billion in fines on Chinese telecom giant ZTE for violations of US export controls for selling goods to Iran and North Korea, officials announced on Tuesday.

It is the largest criminal penalty in US history in an export control case, government officials said.

The company will pay $892 million, while another $300 million in penalties are suspended for seven years.

The agreement is subject to court approval.

From January 2010 to March 2016, the company shipped $32 million in US cellular network equipment to Iran, and made 283 shipments of cell phones to North Korea, with the full knowledge of the highest levels of company management, officials told reporters.

The five-year government investigation into ZTE's actions in violating restrictions on exports to sanctioned countries involved the US Justice, Commerce and Treasury departments.

"We are putting the world on notice: the games are over," Commerce Secretary Wilbur Ross said in a statement.

Those who flout our economic sanctions and export control laws will not go unpunished -- they will suffer the harshest of consequences.

Export privileges for ZTE — China's largest publicly traded telecom company, and the fourth largest in the world — are subject to denial for seven years "if any aspect of this deal is not met," the statement said.

Enforcement of export control laws is a "high priority" for protecting national security, and "this case represents a new high-water mark in that enforcement effort," a Justice Department official told reporters.

The company agreed to a three-year probation, including a compliance program with a corporate monitor who will have "far reaching access" to business records. 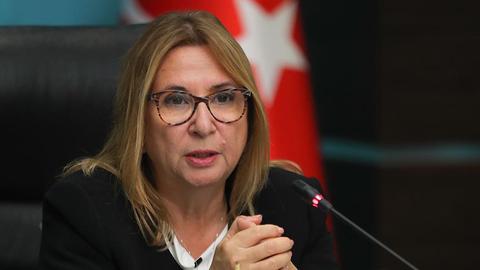