The turmoil in Theresa May’s cabinet is just another indication that there’s no escaping from China’s technological advances and growing economic clout.

Huawei, the Chinese tech giant, has roiled British politics this week, which has appeared to rattle the governments of other European countries as well.

It all started on April 23 during a meeting of UK’s National Security Council (NSC), which is comprised of Prime Minister Theresa May, her cabinet ministers and senior security officials.

One of the questions up for discussion was whether to allow Huawei to take part in the country’s 5G mobile network rollout expected later this year.

The next day The Telegraph reported that May has gone against the advice of her ministers and security officials, allowing Huawei to enter the bidding for non-core 5G infrastructure in the auction.

That was seen as a direct snub to the United States, which is pushing allies to avoid using Chinese vendors in 5G auctions.

UK and the US are part of the Five Eyes intelligence alliance, which also includes Australia, Canada and New Zealand.

Washington has long expressed fears that the Chinese government can use Huawei’s equipment to spy on customers or carry out cyberattacks in other countries. Huawei products, including its cell phones, have been shut out of the US market.

However, these are just allegations and up till now no concrete proof has surfaced that could implicate the Chinese tech giant in collaborating with Beijing’s security establishment.

After the news report, May’s government launched an internal investigation, even asking those who had attended the meeting to handover their phones and laptops.

The leak was traced to Defence Secretary Gavin Williamson, 42, who had been skeptical about Huawei’s equipment. He was subsequently sacked by May, making him the first cabinet minister to be fired in 30 years.

Unlike Australia and New Zealand, which have toed the US line to block Huawei, the UK has not taken a decision.

Instead there had been indications for months that May’s government might let Huawei participate in the auction of non-core 5G infrastructure, which deals with base stations and not the system where user information is stored.

Chinese tech firms like Huawei and ZTE have become dominant players in the 5G market, providing entire infrastructure from routers, cables and antennas to processing facilities.

The Chinese vendors have already been under scrutiny in the UK. The Huawei Cyber Security Evaluation Center Oversight Board is a dedicated organisation responsible for verifying the company's safety measures.

Chinese firms, which didn’t play a major role in 3G and 4G networks, are now set to lead the race.

Any push to sideline Huawei could delay the 5G deployment because other suppliers need time to invest in building manufacturing facilities and finding trained workers, according to a Eurasia Group report.

Williamson’s sacking comes at a time when the UK is trying to improve economic ties with China, which wants European countries to become part of its road and belt initiative (BRI).

Philip Hammond, the UK chancellor of the exchequer, was in Beijing late last month where he praised the BRI, which many western analysts and officials have criticised.

Italy, which has been struggling with slow economic growth for years, recently joined the BRI in what was seen as a deviation from how Germany and other EU countries want to do business with China. 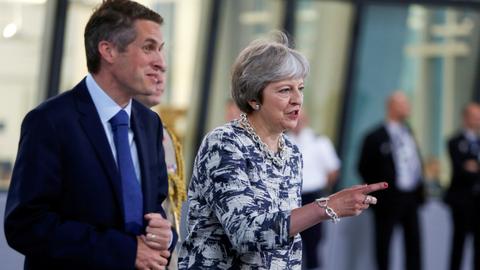 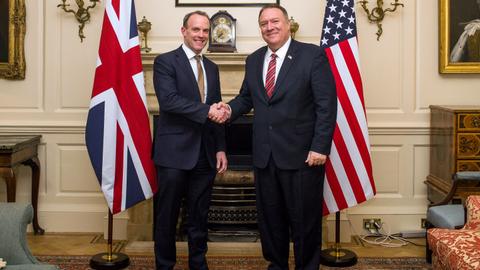 Britain 'reasonably confident' of US trade deal despite Huawei concerns