World shares rallied on Monday in a broad advance that brushed aside fresh rises in global bond yields driven up by the fear of faster inflation as investors shifted asset allocations and tried to put last week's worst rout in two years past them.

Concerns about rising consumer prices and a bigger US budget deficit sparked a selloff in fixed income markets.

The yield on US five-year Treasury Inflation Protected Securities, bonds known as TIPS that are designed to protect against inflation, rose to its highest level since 2009.

A return of risk appetite hurt the US currency and helped higher-yielding emerging market currencies as well as commodity-linked currencies such as the Australian and Canadian dollars.

The dollar fell against the euro after its best week against the single currency in nearly 15 months.

"Investors probably were mulling things over the weekend and concluded that the economy is fairly strong, earnings are holding up, so there's no particular reason to panic or sell. So some money probably came back into the market," said John Carey, portfolio manager at Amundi Pioneer Asset Management in Boston.

Volatility picked up, with the major indexes on Wall Street climbing more than one percent shortly after the open, pared about half that advance and then gained further.

The market is likely to remain choppy over the next couple of weeks as a tug-of-war from short-term negative price momentum meets long-term fundamentals, said Jeff Schulze, investment strategist at ClearBridge Investments in New York.

The new tax code President Donald Trump signed in December and increased federal spending will add stimulus to the US economy, he said. Markets can live with yields above 3 percent and equities will benefit from higher growth, he added.

"I do believe we haven't seen the low, we're pretty close to it and that this is a buying opportunity, just longer term in nature," Schulze said.

A major shift in outlook is taking place that involves the reallocation of capital across different areas and sectors of the market, said Peter Kenny, senior market strategist at Global Markets Advisory Group, in New York.

"We're at an inflection point in the market," Kenny said. "It's very significant for a lot of reasons. It involves fear of inflation, a long overdue and much-anticipated pullback, and it involves elevated equity valuations," he said.

US Treasury yields rose across most maturities, with the benchmark 10-year note hitting a four-year high. The prospect of strong US economic growth and global central banks normalizing years of easy monetary policy drove yields higher.

US inflation data for January is due on Wednesday, which should shed more light on whether the recent run-up in yields is warranted.

Euro zone government bond yields edged higher on signs that policymakers, with their eyes on inflation, will maintain a monetary tightening path regardless of equity market volatility. 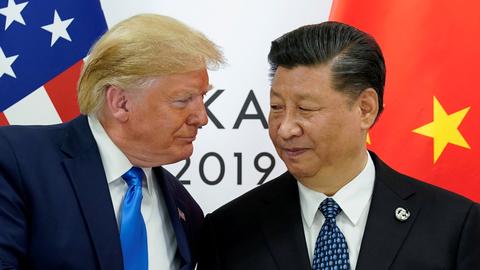