One killed, three injured in knife attack in Germany

German police say there may have been a political motive behind the attack,which left one dead and three others wounded.

A knife attack at a train station in southern Germany killed one person and injured three others, police said on Tuesday.

Police arrested the assailant, a 27-year-old German citizen, soon after the incident at the train station in Grafing, a small town about 40 kilometres (24.8 miles) east of the southern city of Munich.

"At the present moment, we cannot tell anything for certain about the possible motivation of the attacker," police spokesman Hans-Peter Kammerer said, adding the suspect was currently under interrogation.

According to the spokesman, initial information suggests the suspect made some "political statements" at the train station, but did not give any details. 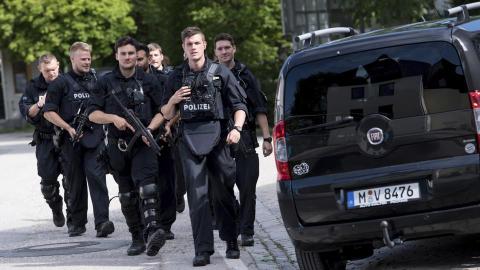