The European Union says the move "opens the way for renewed commitment of the political parties to allow for progress on the EU path of the country".

Bosnia's lawmakers on Monday approved a central government after more than a year of arguments, boosting hopes that its bid for EU membership could get back on track.

The European Union said the move "opens the way for renewed commitment of the political parties to allow for progress on the EU path of the country".

Zoran Tegeltija, a 58-year-old Bosnian Serb economist, was chosen as prime minister and, along with his cabinet, received the backing of 29 MPs in the 42-seat assembly.

However, the central government has limited power and Bosnia's politics is often gridlocked by disagreements between the Muslim, Serb and Croat communities.

Tegeltija's nomination as prime minister was made last month by the country's three presidents – an Orthodox Serb, a Catholic Croat and a Muslim Bosniak – who had spent a year arguing over relations with the NATO military alliance.

Bosnia's complex political system was put in place after the Yugoslav wars of the 1990s to ensure each community had representation.

The country lags behind its neighbours on the path to EU membership because the necessary reforms often get blocked as a result of political and communal feuding.

Bosnia applied for membership in 2016 but has yet to be granted candidate status.

Nationalist parties won the most seats in all three of Bosnia's main communities in the October 2018 election. 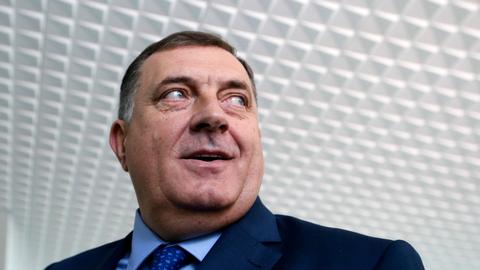