British Prime Minister Theresa May has rejected a definition of Islamophobia determined by a parliamentary group because it needs further “consideration”, a government spokesperson said.

The government decision follows comments by British police that the definition risked hindering their anti-terror work.

The All Party Parliamentary Group on British Muslims (APPG BM), which was made up of MPs from across the political spectrum, was set up after the Finsbury Park Terror attack, which left one Muslim worshipper dead in London.

Its report concluded that: “Islamophobia is rooted in racism and is a type of racism that targets expressions of Muslimness or perceived Muslimness.”

Muslim groups have overwhelmingly backed the definition and consider it a necessary step to counter rising anti-Muslim hatred in the UK.

Over 750 Muslim organisations urging Theresa May and the Government to accept Islamophobia definition.

May to reject the calls on free speech grounds?!?!

You have a genuine problem Prime Minister.https://t.co/qoESzq9FWp

Though accepted by MPs from the opposition Labour Party, the Liberal Democrats, and Conservatives in Scotland, there has been significant push back from the right over claims that it will endanger the right to criticise Islam as a religion.

The UK’s largest Muslim body, the Muslim Council of Britain (MCB), said the government’s decision not to adopt the definition reflected a disinterest in the welfare of Muslims.

“Rejecting a definition of Islamophobia that has the support of 750 British Muslim organisations and has been widely accepted by political parties sends a message that this government is not interested in protecting the rights of British Muslims and that the very basic right of Muslims to define their own oppression has been denied,” an MCB spokesperson told TRT World, adding:

“Moreover, those who choose to espouse Islamophobic sentiment will feel empowered now that their right to discriminate against Muslims has been validated, while structural Islamophobia continues to remain unchallenged.”

The prime minister’s Conservative party has faced strong criticism for its stance on Islamophobia in recent years.

Labour MP Wes Streeting, who worked on the APPG BM report, slammed the party in an op-ed for the Guardian newspaper shortly after the government decision.

“The party that has so spectacularly failed British Muslims now intends to produce a government definition,” he wrote, continuing:

“Its abject failure to understand and tackle Islamophobia within its own ranks suggests it has neither the wisdom nor the credibility to do so.”

If this free speech rationale is true, it would mean that the government believes that defining the racism that targets Muslims or expressions of Muslimness somehow impinges on free speech.

Defining anti-semitism does not do so, but defining Islamophobia does. 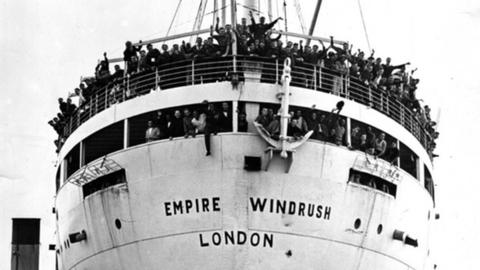