Scuffles with police began in Cologne after leftist demonstrators attempted to block far-right Alternative for Germany (AFD) party members from entering the venue of a congress.

Clashes broke on Saturday out as members of Germany's far-right Alternative for Germany (AFD) party gather for a congress in Cologne.

Around 50,000 demonstrators were expected to mobilise during the two-day gathering of the anti-immigration AFD party, with 4,000 police officers dispatched to keep the peace

Scuffles with police began after leftist demonstrators attempted to block AFD members from entering the meeting venue. One police officer escorting party members into the venue suffered an injury to his face, leading to the arrest of a male protester. 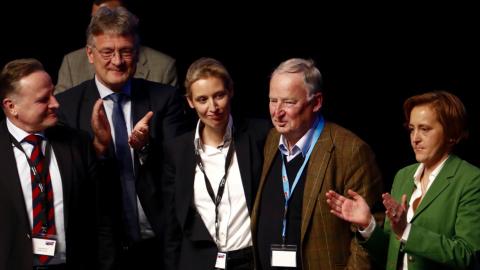