The outgoing UKIP leader Diane James said she had enjoyed the support of members but did not have enough authority in the party.

Diane James resigned as the leader of Britain's UK Independence Party on Tuesday after only 18 days in the job, saying she had enjoyed the support of members but did not have enough authority to reform the party.

James came into power on September 16, succeeding Nigel Farage who resigned after his Brexit campaign resulted in Britons voting to leave the EU in a June 23 referendum.

Thank you to all @UKIP supporters who attended my #MeetDiane meetings across the country over the summer. pic.twitter.com/EQf9rUXgKA

James promised to bring a new face of professionalism to the UKIP, which suffers from an existential crisis about what its new long-term mission should be.

However, before the party had even registered James officially as leader, she said that her aim had become impossible.

"I will not be formalising my recent nomination to become the new leader of the party", she said in a statement posted on her Twitter account on Tuesday.

"It has become clear I do not have sufficient authority, nor the full support of all my MEP colleagues and party officers to implement changes I believe necessary and upon which I based my campaign," she continued.

James' resignation has led to speculation of a possible return by Farage, who remains as the acting leader of UKIP.

But Farage ruled out a return on Wednesday, saying he hopes some of the party's better known figures would run for the leadership this time around.

"I'm sorry that what's happened today has happened but I will say this - it is better that it happened now than in six months' time," he said.

"I will continue as the interim leader of UKIP and we will go through the electoral process."

Steven Woolfe was also speculated to be the party's possible future leader. He was excluded from the previous leadership contest because he had submitted his nomination minutes after the deadline.

The party leadership is expected to hold an emergency meeting in the next few days to agree a timetable for a second leadership election within weeks. 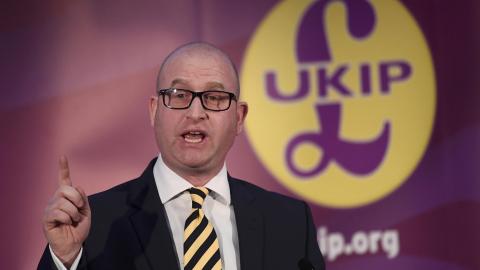 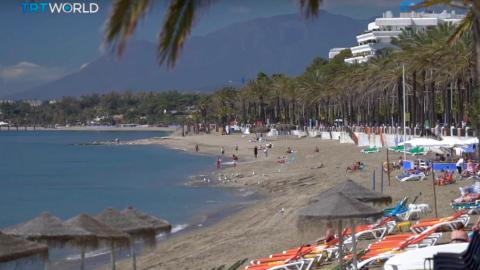