Decision follows last month’s parliamentary inquiry that found officials at the tax service, with government oversight, had driven thousands of families to financial ruin with wrongful accusations of fraud in connection with childcare subsidies.

Dutch Prime Minister Mark Rutte's government has resigned over a scandal in which thousands of parents were wrongly accused of child benefit fraud, leaving many facing financial ruin.

"The rule of law must protect its citizens from an all-powerful government, and here that's gone terribly wrong," Rutte told a press conference, confirming that he had presented the cabinet's resignation to King Willem-Alexander.

The move was seen as largely symbolic as Rutte’s government will remain in office in a caretaker mode until a new coalition is formed after a March 17 election in the Netherlands.

The Third Rutte cabinet said it was considering collectively resigning after a parliamentary inquiry last month concluded that "unprecedented injustice" had been done to innocent families, who were often forced to repay tens of thousands of euros of granted subsidies, leading to unemployment, bankruptcy or divorce.

The resignation brings to an end a decade in office for Rutte, although his party is expected to win the election, putting him first in line to begin talks to form the next government.

The Dutch goverment of Mark Rutte III fallen in aftermath of social benfeits affair.
The trust of citizens in #RuleOfLaw' is shaken, said Rutte. We have to repair it.
On 17th March general elections as planned. pic.twitter.com/hpLPId7qDK

Once dubbed "Teflon Mark" because scandals never seemed to stick to him, the 53-year-old resigned along with his cabinet over a row that saw thousands of families wrongly accused of child benefit fraud.

With some parents racially profiled during the investigation, the affair underscored criticisms of the Dutch state under Rutte, including an addiction to frugality and a failure to tackle systemic racism.

The scandal has now tarnished the liberal leader's carefully honed image as a plain-speaking, pragmatic politician whose traditional values have chimed with voters in the Netherlands since 2010.

The Netherlands is the third European country thrown into political uncertainty this week in the midst of the coronavirus crisis.

In Estonia, the government resigned over a corruption scandal, while Italian Premier Giuseppe Conte’s governing coalition is at risk of collapse after a small partner party withdrew its support.

Rutte said earlier this week that his government would be able to keep making tough policy decisions in the battle against the coronavirus even if it were in caretaker mode.

The Netherlands is in a tough lockdown until at least February 9, and the government is considering imposing an overnight curfew amid fears about new, more contagious variants of the virus. 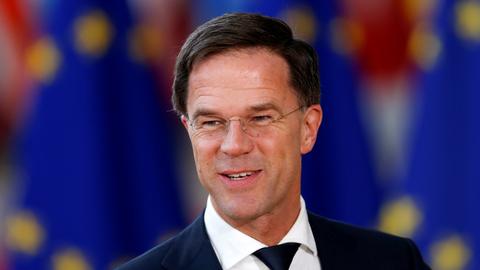