Anger in Greece is mounting after years of governments cutting pensions and hiking taxes.

1. On Wednesday, about 20,000 people demonstrated in Athens and the northern city of Thessaloniki

"The protests were expected here in Greece because it is yet another round of measures that will not benefit the people in any way" Panos Efstathiou a Greek analyst told TRT World.

The protests took place a day before parliament was to vote on an austerity agreement. On Thursday, all 153 lawmakers in the governing party voted to introduce pension and other cutbacks to the value of $5.4 billion until 2021.

Demonstrators were enraged by the latest round of proposed cuts in pensions and tax hikes forced on them by the EU and IMF creditors — all in exchange for yet another bailout.

Havoc reigned in Greece's two biggest cities as maritime traffic was cut off, while dozens of flights had to be cancelled or rescheduled. Hospitals ran on emergency staff.

"The episodes of violence will make foreign investors think twice before they engage with us in business" said Efstathiou.

3. The latest austerity deal amounts to $5.4 billion in pension cuts from 2018 to 2021, according to Greek state news agency ANA

Greece needed the approval to repay 7.5 billion euros of debt by July this year. Without that approval, Greece faces bankruptcy.

But many people have become disillusioned by the party.

"In the beginning, Syriza may have had all the intentions of helping Greece, but they soon realised the difficulty of Greece's position. And after negotiations, they realised that they cannot not stand against a 28-country bloc." said Efstathiou.

5. In a nationwide referendum in 2015, 61 percent of Greeks had voted to reject an EU bailout

And with that, the threat of Grexit loomed — or the exit of Greece from the EU.

Despite being armed with the will of the people, negotiation efforts led by the former finance minister, Giannıs Varoufakis and Prime Minister Alexis Tsipras faltered, as the party tried to negotiate a better deal.

That effort failed due to pressure from the Eurogroup, an unelected body within the EU.

Rumours suggest the country will be undergoing snap elections, given the anger towards the leftist Syriza party.

"Most probably we will see a new round of elections due to the fact that Syriza promised a lot and did not deliver. As such we are expecting to go to the polls during 2017," said Efstathiou.

6. But despite the hardship, the EU deal has helped.

Unemployment decreased from 27 percent to 23 percent, while the financial situation has improved as foreign investment poured in from countries such as China.

7. The selling of public assets have enraged thousands, who now feel that their country no longer belongs to them.

Disillusionment with the political process has also led to the rise of far-left militant groups such as the Conspiracy of the Fire as well as far-right extremists groups, such as the Golden Dawn party. 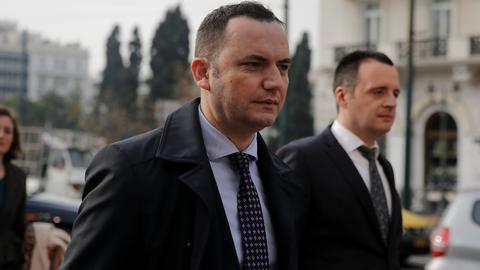 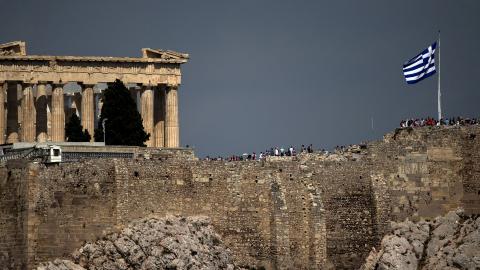