The six founding members of the European Union have called on the United Kingdom to quicken the process to exit the EU, as other countries in the bloc have considered holding their own referendums to decide their future.

"We say here together, this process should get underway as soon as possible so that we are not left in limbo but rather can concentrate on the future of Europe," German Foreign Minister Frank-Walter Steinmeier said after hosting a meeting of his colleagues from the six founding members of the EU - Germany, France, Italy, the Netherlands, Belgium and Luxembourg.

Right wing parties in EU member states including Slovakia and Netherlands have stepped up pressure and petitioned their governments to hold similar referendums to leave the EU.

French Foreign Minister Jean-Marc Ayrault warned of the dangers of delay. "We have to give a new sense to Europe, otherwise populism will fill the gap," he said.

A member state can only leave the EU once it has invoked Article 50 of the Treaty on the European Union. Once the UK invokes Article 50 it then has two years to negotiate the terms of its withdrawal.

Former London mayor Boris Johnson, a leading campaigner for Britain to leave the EU and the bookmakers' favorite to replace David Cameron as prime minister, said, "nothing would change over the short term following the Brexit vote."

Despite the call from foreign ministers for a quick exit, German Chancellor Angela Merkel told a news conference that the negotiations with Britain should not be conducted in such a way as to be seen as a deterrent to other countries, and that there was no hurry for London to trigger the process for leaving.

"Quite honestly, it should not take ages, that is true, but I would not fight now for a short time frame," Merkel insisted.

Prime Minister David Cameron announced on Friday he would resign after Britons voted 52-48 percent to exit the EU, a result which sent global stock markets plunging, and inflicted the biggest one day drop of the British Pound in history.

David Cameron is expected to stay on as a caretaker until October while the Conservative Party chooses a new leader, saying it was up to his successor to notify the EU formally that Britain wanted to leave under the Lisbon Treaty.

European leaders have made it clear that a prolonged period of uncertainty is unacceptable for the remaining 27 member states.

European Commission President Jean-Claude Juncker also wants to begin negotiating Britain's departure immediately. "It doesn't make any sense to wait until October to try to negotiate the terms of their departure," he said on Friday.

In London, Matthew Elliott, chief executive of the Vote Leave campaign, said Britain should begin informal negotiations on a full settlement governing its post-Brexit relationship with the EU before invoking Article 50 of the Lisbon Treaty. 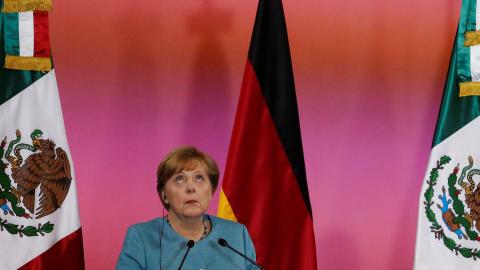 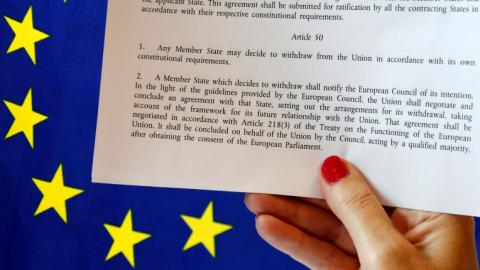