Soon after authorities handed out notices to unaccompanied youth about being transported to reception centres elsewhere in France, riot police had to break up a brawl between 100 Eritrean and Afghan teenagers at the Calais camp.

Authorities have announced 1,500 unaccompanied minor refugees would be relocated from the Calais "Jungle" camp to reception centres across the country on Wednesday.

Last week, as the sprawling makeshift shelter near the French city of Calais was razed, authorities evacuated thousands of the occupants to reception centres elsewhere in France. The camp once housed 6,000 to 8,000 refugees fleeing poverty and war in the Middle East, Asia and Africa. Most of them hoped to make it across the Channel to Britain but were unable to do so as Europe continued to falter in its efforts to manage the influx of refugees.

The last of the Jungle was dismantled on Monday, but unaccompanied youth were being housed in specially prepared shipping containers in the camp. France faced harsh criticism after numerous children were left to sleep out in the cold during the demolition of the Jungle.

"Tomorrow the minors staying at the temporary welcome centre (in Calais) will be taken by bus to centres for minors around France," local authorities wrote in a document distributed to the youths.

But on Tuesday evening, fighting erupted involving about 100 teenagers, prompting riot police to step in to stop it.

"A brawl broke out in the southern part of the camp in Calais between more than a hundred migrant minors from Eritrea and Afghanistan," a local official said.

"Security forces intervened immediately to separate the two groups." Local authorities added security has now been heightened at the temporary containers where the young people are currently being housed.

Tensions between London and Paris

Tensions between London and Paris have mounted in recent days after President Francois Hollande urged British Prime Minister Theresa May to accept Britain's share of responsibility for the minors.

Britain is obliged under EU rules to take in minors with verified family ties.

"The minors will be taken by bus to reception centres for minors across France throughout the day," Stephane Duval, who heads a state-run shelter built with shipping containers within the camp, said. "There will be no departures to Britain for now. Their applications will be studied at a later stage."

Since mid-October, Britain has taken in over 270 children and has promised to take in hundreds more.

#Calais: We are calling for the urgent protection of all children that remain in the camp https://t.co/YYgKmUHSPN pic.twitter.com/rf5Xjl7pGU

Hollande said on Monday that minors who do not leave for Britain will be taken care of by the French state. The French president added that in a few days there would be no more foreign minors in Calais.

Many refugees and migrants set up camps across streets of Paris following the closure of the "Jungle" camp last week. 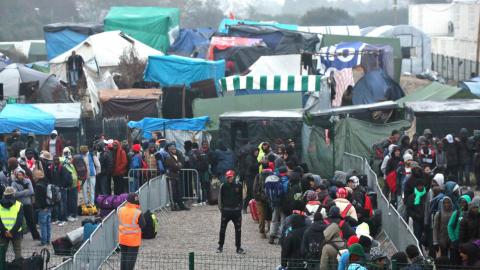 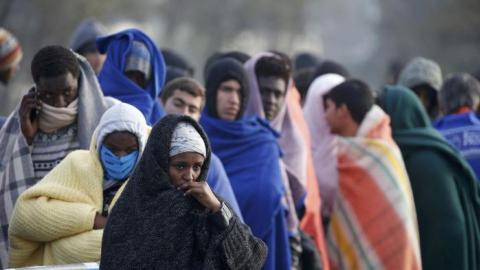 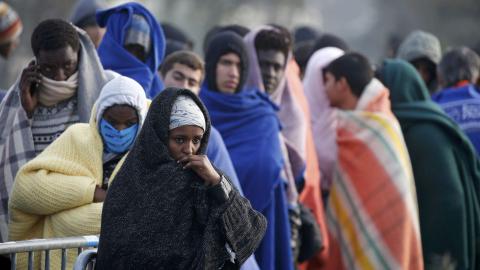 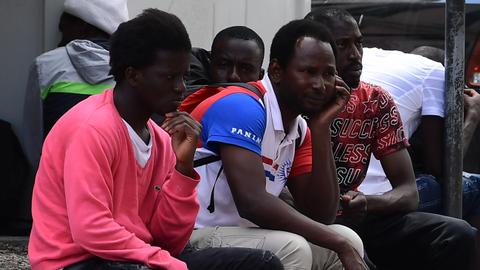