An overwhelming majority of French lawmakers vote in favour of new anti-terror measures amid criticism that it curbs human rights.

France's lower house of parliament overwhelmingly approved a new counter-terrorism law on Tuesday, making permanent several controversial measures under the state of emergency that has been in place for nearly two years.

“We are still in a state of war,” Interior Minister Gerard Collomb said in an interview on France Inter radio. “We have foiled numerous attacks since the start of the year that would have led to many deaths.”

Emergency powers in place since November 2015, when suicide bombers and gunmen carried out attacks in Paris and killed 130 people, have played a significant role in enabling intelligence agencies to disrupt plots, the government says.

The new counter-terrorism law will increase police powers to search and restrict people’s movements and boost the powers of security agencies at a time when the French authorities are struggling to deal with the threat posed by foreign terrorists.

The bill has faced criticism that it will undermine civil liberties, but it has broad backing from a public traumatised by a string of terrorist attacks.

In a statement on September 17, the UN human rights office said independent experts are concerned about the possible broad impact of a "normalisation" of powers that were temporarily granted to authorities under a state of emergency established after a series of deadly attacks in France in recent years.

Fionnuala Ni Aolain, a special rapporteur focusing on the protection of human rights while countering terrorism, said the bill contains provisions that could harm the rights to liberty, security, freedom of assembly, freedom of religion and others.

More than 240 people have been killed in France in attacks since early 2015 by assailants who pledged allegiance to or were inspired by Daesh.

The vote comes just two days after more bloodshed where two young women were stabbed to death in the Mediterranean port city of Marseille.

In Paris, anti-terrorism police are also investigating the discovery of several gas canisters and a suspected cell phone detonator in the hallway of a building in the wealthy 16th district on Saturday. 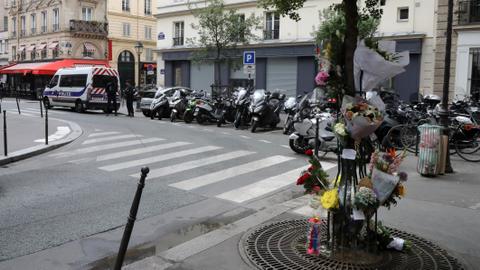