Labour reform bill, which has been the subject of violent protests, to be debated in French parliament.

With 12 months to go until the presidential election, the bill is likely to be the last of its size to be introduced by Socialist President Francois Hollande's government.

It also has the unenviable record of being the reform that has brought the most Socialist supporters onto the streets during Hollande's difficult time in office.

On Tuesday, as lawmakers begin to examine the bill, unions and student organisations are expected to hold another demonstration at the National Assembly.

The government has already watered down the bill in the face of the protests, but unions still consider it "unacceptable" and want it withdrawn.

Since March 9, hundreds of thousands of protesters in cities around France have denounced what they see as a pro-business reform that will erode the cherished rights of French workers on full-time contracts.

The government has billed the reform as an attempt to tackle the issue that has plagued Hollande's time in office - chronic unemployment, which stands at 10 percent.

Opposition to the bill also inspired the "Nuit Debout," or "Up All Night" movement, which has grown to encompass a range of causes.

Police and the government believe "troublemakers" have mingled with the protesters to foment clashes with riot police. Demonstrators on the other hand accuse the police of heavy-handedness which they claim is fuelling the violence.

Participation reached its peak on March 31 with nearly 400,000 people on the streets. In demonstrations on Thursday, those numbers had fallen to 170,000.

The reform was also the central theme of the traditional May 1 workers' march in Paris, which descended into clashes between masked protesters and police.

Christophe Sirugue, the Socialist lawmaker who is presenting the bill to parliament after it was reviewed in committee, said last week that several points still needed "clarification" but that he expected the bill to pass.

'Not what we expect'

Among the key remaining points in the bill are measures to make it easier to lay off workers in lean times, and a key point of contention - whether employers should be allowed to shed workers if their company is doing badly in France, even if its operations abroad are successful.

A group of Socialist lawmakers opposed to the bill complained on Monday that the proposed reform fell short of their expectations.

"This bill is not useful for France or for the common good. It is not in line with the reforms that one expects from a government of the left," they said in a statement.

As a last resort, the government could use a constitutional mechanism to force through the reform by decree without a vote, providing opponents do not force a no-confidence vote.

The government used the tactic last year to ram through another controversial economic reform governing trading hours and the deregulation of some sectors.

However, using such a mechanism carries the risk of further alienating left-wing voters. Opinion polls show a majority of this group have a negative opinion of Hollande's time in office, which does not bode well for the president as he considers whether to stand for re-election. 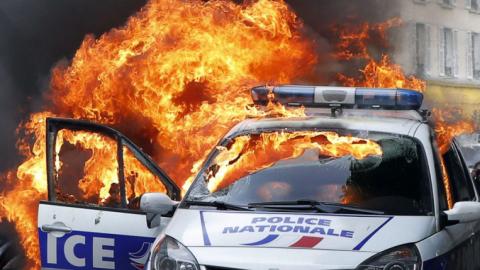