The deep freeze in the region threatens immigrants and homeless people as temperatures plunge below -30 Celsius in some places.

Severe snow storms and strong winds killed at least 25 people in central Europe over the weekend, mostly in Poland, as temperatures in the region dropped below -30 degrees Celsius in some places.

Although most victims are homeless, several are also immigrants and refugees making their way through southeastern Europe, sometimes fleeing war in their home countries. The historic cold has added a new dimension of misery to the ongoing crisis.

In Poland, 17 people died of the cold over the weekend, bringing the death toll since November to 65. There were also reports of casualties in Czech Republic. Six Czechs, mostly homeless people, died over the weekend, four of them in the capital Prague.

Several weather stations in the Czech mountains reported temperatures below -30, including -34.6 Celsius in the southwestern Sumava mountains.

The Czech hydro meteorological institute forecast more harsh frosts across the region for the coming days, with night temperatures of -20 Celsius in the northeast on Tuesday morning.

In Slovakia, two homeless men froze to death on the weekend as the weather caused train delays and road closures in the northern part of the country.

Some cable cars shut down in ski resorts in the High and Low Tatra Mountains of Slovenia as temperatures fell to -30 degrees Celsius.

Hungarian state news agency MTI reported on Sunday that record lows were broken both nationally and in Budapest registering -28.1 and -18.6 degrees Celsius, respectively.

According to weather forecasters, the extreme weather will continue to affect the region for several days.

Dozens of Asian, Afghan and Pakistani immigrants are camping out in makeshift tents on Serbia's northern border as temperatures have plunged to below -20 degrees.

Around 7,000 immigrants from Asia and the Middle East stranded in Serbia, are waiting for their turn to try to enter Hungary.

Refugee camps in the country are packed, and only women and children are likely to allowed in, leaving the men to seek shelter where they can - in abandoned warehouses in central Belgrade, or the fields just south of the border.

Immigrants still come even if Hungary has made clear that it does not welcome them.

Prime Minister Viktor Orban has fortified the border, an external frontier of the European Union, with a razor wire fence, and thousands of police and soldiers patrol the area with heat-sensitive cameras and helicopters.

In neighbouring Bulgaria, police said two men from Iraq and a Somali woman died from the cold in the mountains near Turkey as they tried to make their way toward Europe.

Many in the Belgrade warehouse were sick after a few days in extreme cold, aid workers said.

"The next few days are critical, and for sure the health condition of these people is worsening," said Stephane Moissaing, MSF Head of Mission in Serbia. 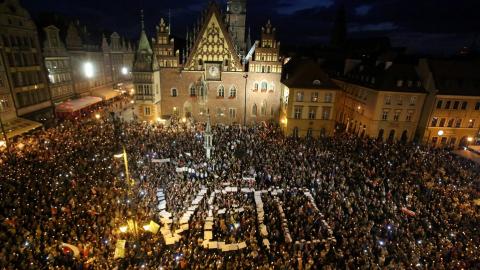