A tense atmosphere surrounds the two-day Group of Seven meeting in the northern Italian city of Lucca.

Dozens of protesters have clashed with police near a G7 meeting in Lucca, Italy, where the foreign ministers from seven of the world's major industrialised nations met on Monday.

Delegates from of Canada, France, Germany, Italy, Japan, the United Kingdom and the United States came together for the two-day meeting in the historic northern Tuscan city to put pressure on Russia to break its ties with Syria's Bashar al Assad, among other objectives.

The meeting comes a week after a deadly chemical attack in northwestern Syria, allegedly carried out by the Assad regime, which prompted a US military strike on a Syrian air base believed to have been used in the chemical attack.

US Secretary of State Rex Tillerson, who is attending the first meeting of G7 foreign ministers since President Donald Trump took office, is due to travel to Moscow after the meeting, where he hopes to deliver a unified message from the G7 members condemning Russia's support for Assad.

Iran, another backer of the Assad regime, is also expected to come under increasing pressure for its stance on Assad.

Italian Foreign Minister Angelino Alfano said he had discussed the situation in Syria in a telephone call with his Iranian counterpart Mohammad Javad Zarif.

In a telephone conversation, Zarif repeated Tehran's condemnation of the "unacceptable use of chemical weapons" in the Syrian town last week, Alfano said in a statement.

The statement says Alfano urged Iran to use its influence with the Syrian regime "to avoid new attacks, completely eliminate chemical weapons and assure a ceasefire."

According to Italy's ministry, the two men agreed to continue their conversation with "a common goal of preventing an escalation of violence" and relaunching a political process for stabilising Syria.

Diplomats from the Middle East, including Turkey, Saudi Arabia, Jordan and the United Arab Emirates, are also scheduled to discuss Syria on the sidelines of the G7 foreign ministers meeting in Italy on Tuesday. 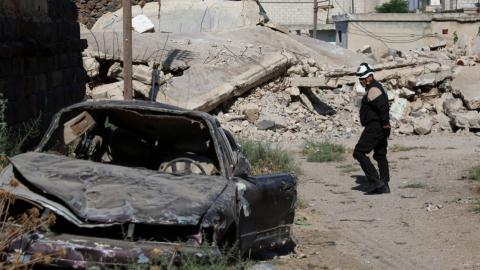 Syrian regime denies preparing to carry out a chemical attack 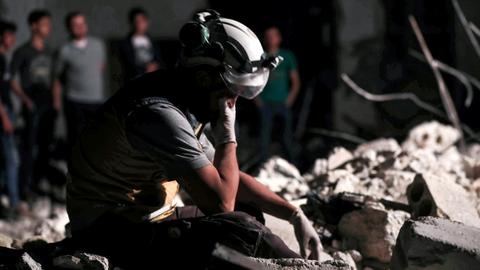 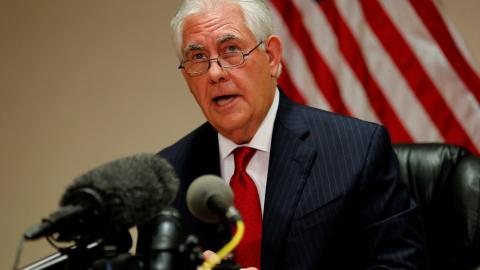