The four leaks detected on the Nord Stream 1 and 2 pipelines started tit for tat accusations between Russia and the US.

Denmark says that the Nord Stream 1 natural gas pipeline system has stopped leaking, a day after officials said that gas coming out of the ruptured Nord Stream 2 appears to have stopped.

This means that gas is no longer bubbling out of the multiple leaks in the Nord Stream 1 and 2 pipeline systems, which had sent governments searching for the culprit behind the raptures.

“The Nord Stream AG company has informed the Danish Energy Agency that a stable pressure now appears to have been achieved on the two Nord Stream 1 pipelines," the Danish agency tweeted on Sunday.

"This indicates that the blowout of gas from the last two leaks has now also been completed.”

"There have never been such incidents. Of course, there are technical possibilities to restore the infrastructure, it takes time and appropriate funds. I am sure that appropriate possibilities will be found," he said.

A total of four leaks were discovered on the Nord Stream 1 and 2 pipelines in the Baltic Sea near Denmark and Sweden last week.

While neither pipeline was in use at the time of the suspected blasts, they were filled with gas that has been spewing out and bubbling to the surface of the Baltic Sea since Monday.

The Nord Stream pipelines were built to transport Russian gas to Europe.

Moreover, the undersea blasts that damaged the Nord Stream 1 and 2 pipelines this week have led to huge methane leaks.

Russian President Vladimir Putin on Friday accused the West of sabotaging the Russia-built pipelines, a charge vehemently denied by the United States and its allies.

The US-Russia clashes continued later at an emergency meeting of the UN Security Council in New York called by Russia on the pipelines attacks.

Norwegian researchers also published a map projecting that a huge plume of methane from the damaged pipelines will travel over large swaths of the Nordic region. 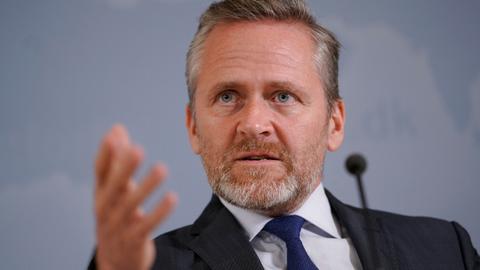