1
Kosovo's partial tariff lift a 'serious mistake'
2
NATO has many responsibilities regarding Turkey, but will they materialise?
3
Climate campaigners win appeal against Heathrow expansion
4
Scotland to approve free sanitary products for all women
5
Litvinenko murder has hallmarks of an opera - composer

German police and prison officers are under pressure after heavy criticism over failing to prevent the suspected plotter's suicide while in custody.

Politicians in Germany demanded answers from Saxony state officials after a Syrian man suspected of plotting to bomb attack in a Berlin airport strangled himself to death with his t-shirt in jail.

"This should not have happened even though we did everything we could to prevent it," said Gemkow.

Bakr's defence lawyer Alexander Huebner described the case a scandal of justice as Bakr "should have been Germany's best-guarded prisoner".

Huebner said his client's breaking light bulbs and tampering with power sockets should have been signal enough for him to be on close suicide watch.

He added Bakr had also been on a hunger strike directly after his arrest on Monday.

Rolf Jacob, the head of the prison, told reporters that the damage was assessed as vandalism rather than an indication of potential suicide.

Jacob also added that the original supervision of 15 minute intervals was decreased to 30 minute check-ups and that there was no video monitoring of prisoners held in remand cells in Saxony.

On Saturday, police raided Bakr's house and found same explosives that was used in deadly attacks in Paris and in Brussel.

German authorities believe that Bakr had links to Daesh.

Despite a decline in suicide cases over the 15 years in Germany, the country still has the highest suicide rate among EU states in prison. According to statistics published by the Council of Europe, it comprises 41 percent of all deaths in detention. 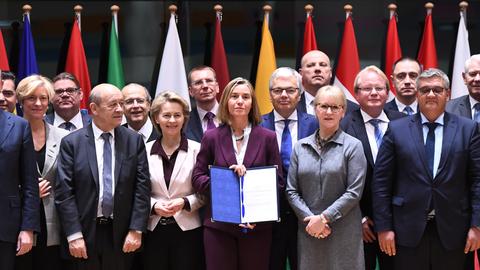 1
Kosovo's partial tariff lift a 'serious mistake'
2
NATO has many responsibilities regarding Turkey, but will they materialise?
3
Climate campaigners win appeal against Heathrow expansion
4
Scotland to approve free sanitary products for all women
5
Litvinenko murder has hallmarks of an opera - composer