Greece blocks nearly 10,000 migrants at its border with Turkey

The International Organization for Migration puts the number of refugees at the Pazarkule border to at least 13,000 people.

Greece has blocked nearly 10,000 migrants trying to enter at the Turkey border over the past 24 hours, a Greek government source said on Sunday.

Migrants head to the borders after Turkey officially declared its western borders were open to migrants and refugees hoping to head into the European Union.

"From 0600 (0400 GMT) Saturday morning to 0600 Sunday morning, 9,972 illegal entrances have been averted in the Evros area," a government source said, referring to the northeastern region along the Turkey border.

Further north, groups waded across a river at Kastanies on the shared border.

There was tension at Kastanies on Saturday after riot police used teargas to repel hundreds of migrants on the Turkish side demanding access to Greece.

"Yesterday there were 9,600 attempts to violate our borders, and all were dealt with successfully," deputy defence minister Alkiviadis Stefanis told Greece's Skai TV.

Greece has vowed to keep a mass influx out. "We don't want this influx in our country, this country is not a free-for-all," Migration Minister Notis Mittarachi told Greece's Ant1 TV.

The International Organization for Migration put the number of people along the Greek-Turkish border from the side of Turkey's Edirne city at 13,000. By late Saturday, buses in Turkish cities were still being loaded with people bound for the border area, it said.

Turkey's decision to open the borders with Greece came amid a military escalation in Syria's northwest that has led to growing direct clashes between Turkish and Syrian regime forces.

Altun said Turkey has not asked any refugees to leave the country, but they can if they want to adding that the country will not be accepting any more people fleeing Idlib.

"Turkey can no longer accept additional refugees from the Idlib region in Syria but we are preparing for any irregular migration flows. Europe and others must take robust action to address this monumental challenge. We can’t be expected to do this on our own," he said.

Under a $6.6B deal in 2016, Turkey agreed to stem the tide of refugees to Europe in return for financial aid after more than a million people entered Europe in 2015.

It has since accused the EU of failing to honour the agreement. Erdogan has frequently threatened to “open the gates” and allow refugees and migrants to head to Europe unless more international support was provided. 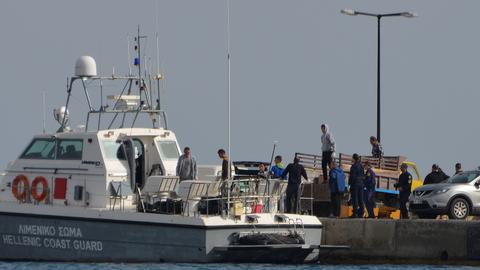 16 migrants drown off the Greek coast