Eight soldiers flew a military helicopter to the northern Greek border town of Alexandroupolis on July 16, a day after an attempted military putsch in Turkey in 2016.

A Greek court has ruled against the extradition of three of eight Turkish soldiers who fled to Greece in July 2016 following a failed coup attempt against the Ankara government.

Greece's top court blocked the extradition of all eight in January, angering Turkey. The Turkish government then issued a second extradition request.

Turkey alleges the men were involved in efforts to overthrow President Recep Tayyip Erdogan and has demanded they be sent back.

The eight Turkish soldiers started their asylum hearings on August 19, 2016.

The eight soldiers flew a military helicopter to the northern Greek border town of Alexandroupolis on July 16, a day after the coup attempt unfolded.

They immediately sought political asylum, but were arrested and later sentenced to two months in jail on charges of entering Greece illegally.

Turkey has formally sought their extradition, calling them "traitors" and "terrorist elements." The men – three majors, three captains and two sergeant majors – deny any involvement in the coup and fear for their lives if returned to Turkey, according to their lawyers.

Turkey detained and removed thousands of soldiers, including half its generals, since the coup attempt. 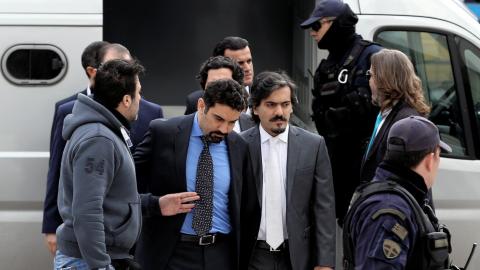 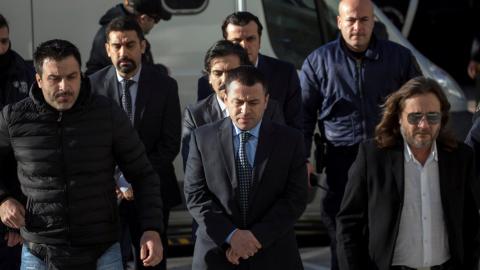 Turkey says Greek ruling on extradition of soldiers is "political" 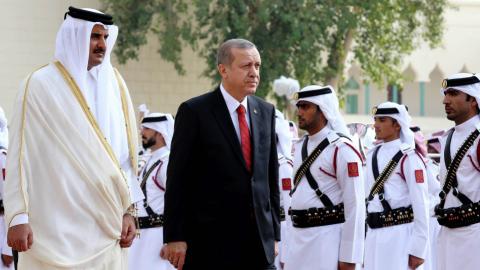