Democracy is falling out of favour with a large number of people around the world, while Western Europeans are growing increasingly pessimistic, finding democracy no longer democratic enough, a German study argues.

Democracies are facing a severe crisis of faith as the half of the world’s population find their governments undemocratic in practice, a survey published on Tuesday found.

Many Western Europeans view banks and social media as threats to democracy.

The German polling firm Dalia Research, in collaboration with the Alliance of Democracies Foundation, carried out the world’s largest study on trust in government and found that citizens in democracies have become disillusioned with the idea of democracy.

More than half (52 percent) of the survey participants in Europe thought the European Union was not acting in compliance with their interests, with Italian, French and Greek citizens stating their disillusionment the most.

“Political systems around the world are currently changing with a speed that we haven't seen in almost 30 years,” said Nico Jaspers, CEO and Co-founder of Dalia Research.

“The key to understanding why this is happening and what to expect next is to tap into global public opinion. Right now the biggest risk for democracies is that the public no longer sees them as democratic.”

The study focused on the perception of over 150,000 people from 57 countries and sheds a light on triggers of political behavior including voting choices and public unrest.

Here are the key findings about the perception of world citizens regarding democracy:

According to the survey, many world citizens think the governments are failing, indicating little faith in democratically-elected governments and doubting whether they really are “by the people” and work “for the people". More than half of the world thinks that people’s voices either don’t have any impact or that it rarely matters in politics. Almost 60 percent think their governments fail to act according in their interests.

People in non-democracies were less pessimistic and more critical of their government when asked about if their government was acting in their interests. While 64 percent of the population in democratic countries said they “rarely” or “never” find their governments upholding democratic norms, only 41 percent gave the same answer in non-democratic countries. Democracies occupied the first eight in the 10 worst on the “political voice” list. Australia, Belgium, Japan, Ireland, Poland, Denmark, Sweden, Portugal and Austria are the countries where citizens share this sentiment.

In democracies, people think they lack a core benefit of democracy: the ability to have a voice in politics. The press release by the polling firm said 74 percent of citizens share this sentiment in Japan, followed by Poland at 63 percent, France, Austria and Portugal at 62 percent, Norway at 61 percent, and Germany, the Netherlands and Belgium at 60 percent.

According to the report, the perception of information varied in the 50 democracies and non-democratic countries surveyed, with no clear indication of a correlation with trust in the news. According to more than half of the people who participated in the survey, the news they read was “rarely” or “never” balanced or neutral.

The survey indicates that free speech is in peril almost as much as trust in the news, with nearly half of the citizens of the world avoid sharing their political opinion in an environment where most other people think differently. Unlike trust in the news, however, there is a correlation between free speech and democratic societies, the survey said. Out of 15 countries where citizens said they didn’t have enough freedom of speech, only three are democracies. Among citizens of 50 countries, people in Russia feel less concern about freedom of speech, with only 26 percent of people saying they can’t speak their mind. 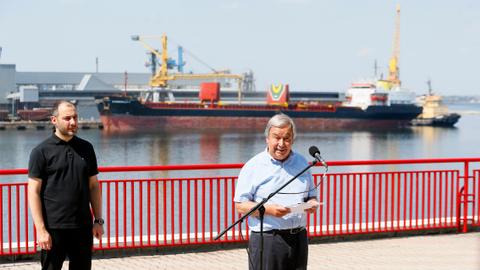 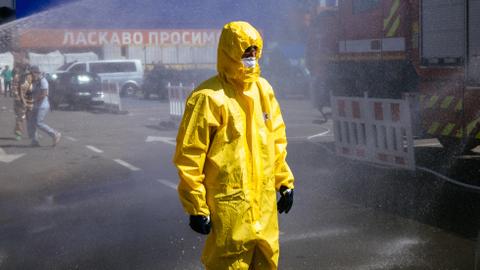