Hungarian parties rip into each other before Sunday's vote

Viktor Orban's Fidesz, with a firm grip on the media, dominates the public agenda. All polls predict a win for him on Sunday though something short of the landslides of elections in 2010 and 2014.

In the city of Szekesfehervar, where Hungarian kings were crowned for centuries, Prime Minister Viktor Orban warned again Friday about the supposed dangers of mass migration.

Orban claimed that Hungary's opposition parties — in cahoots with the United Nations, the European Union and wealthy philanthropist George Soros — will settle "the first 10,000 immigrants in Hungary this year," if they win Sunday over his right-wing nationalist Fidesz party.

"Go tell everyone that migration is the rust that slowly but surely consumes our nation," Orban told supporters packed into a city square. "If migration comes ... our economic growth will all be in vain. We won't have the means to support families or pay pensions."

Despite the scare-mongering, Orban backers in the crowd were more impressed by his government's economic and social policies than the issue of migration.

"Now, you get so much. Schoolbooks are free up until the eighth grade," said Margit Nemeti, explaining that she supports Orban because he is making life easier for her children and grandchild.

"Orban speaks the language of the people and he works for the people," said Antal Nyari, an 83-year-old retired engineer.

A handful of protesters trying to enter Orban's rally were violently ejected by security guards. In the capital of Budapest, a Jobbik politician said he was beaten when he tried to stop Fidesz supporters from vandalising Jobbik billboards.

At their own rallies, Hungary's left-wing parties described Orban as "a gangster swindler," criticising his authoritarian tendencies and his government's alleged large-scale corruption.

"I've already seen many politicians who promised nice things before the elections but changed after getting in the vicinity of power," Gergely Karacsony, candidate for prime minister for the left-wing Socialist Party and the Dialogue party, said at a rally in Budapest.

"Viktor Orban is such a man, too. He lost his original character. Not a single word of what he said is true and it's clear that he didn't change the country. Power changed him."

Gabor Vona, leader of the nationalist Jobbik party, as well as the two other parties most likely to win parliamentary seats — the green Politics Can Be Different party and former prime minister Ferenc Gyurcsany's Democratic Coalition — were also holding rallies to motivate voters.

Some 199 seats in the national parliament are up for grabs in Sunday's vote.

Orban's Fidesz party now has a near two-thirds majority along with the Christian Democrats.

Polls expect Fidesz party to win a majority of votes but increasing cooperation between the fragmented opposition parties is building uncertainty about Fidesz' likely margin of victory. 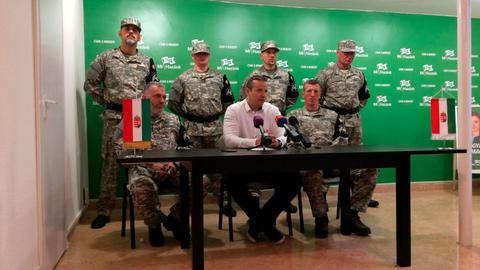 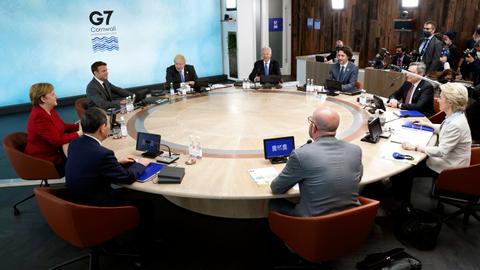