Irish PM Micheal Martin says the country must "face up to the full truth of our past," as a long-awaited report recounted decades of harm done by church-run homes for unmarried women and their babies, where thousands of infants died.

Thousands of infants have died in Irish homes for unmarried mothers and their offspring run by the Catholic Church from the 1920s to 1990s, an "appalling" mortality rate that reflected brutal living conditions, an inquiry found.

The report published on Tuesday said around 9,000 children died in all, a mortality rate of 15 percent — almost double the nationwide rate.

According to findings by Ireland's Commission of Investigation into Mother and Baby Homes (CIMBH), the proportion of children who died before their first birthday in one home, Bessborough, in County Cork, was as high as 75 percent in 1943.

The CIMBH report covered 18 so-called Mother and Baby Homes where young pregnant women were hidden from society for decades.

It is the latest in a series of government-commissioned papers that have laid bare some of the Catholic Church's darkest chapters.

They were a consequence of Ireland’s pathological obsession with sex, religious morality and women’s bodies.

When vulnerable women and girls needed support, we as a society decided to shut them away and punish them instead

Government records show that the mortality rate for children at the homes where tens of thousands of women, including rape victims, were sent to give birth, was often more than five times that of those born to married parents.

Relatives have alleged the babies were mistreated because they were born to unmarried mothers who, like their children, were seen as a stain on Ireland's image as a devout Catholic nation.

The inquiry said those admitted included girls as young as 12.

"We had a completely warped attitude to sexuality and intimacy, and young mothers and their sons and daughters were forced to pay a terrible price for that dysfunction," he added.

Martin will make a formal apology to those affected by the scandal in parliament on Wednesday.

The government will provide financial recognition and laws to support excavation, exhumation and, where possible, identification of remains, it said in a statement.

Stigma is like a cancer and I can say that with full experience of both, it eats away at every part of your being, it taints all that should be good in your life, creeping into your DNA, rewiring your brain to feel less than #motherandbabyhomes

A coalition of survivors' groups said the report was "truly shocking", but it had mixed feelings because the inquiry did not include a number of similar institutions and did not fully account for the role the state played in running the homes.

"What occurred was but an aspect of the newly established State which was profoundly anti-women both in its laws and in its culture," the group said.

The investigation was launched six years ago after evidence of an unmarked mass graveyard at Tuam was uncovered by amateur local historian Catherine Corless, who said she had been haunted by childhood memories of skinny children from the home.

"My heart is breaking for every survivor," Anna Corrigan, whose two brothers John and William Dolan are recorded as having died at the home for unmarried mothers in Tuam, told Reuters ahead of the release of the report.

"We expect, as we have always expected, truth, justice, accountability resulting in prosecutions should they arise and restitution for survivors," she said.

Those who would rather look away will claim these homes did "some good," or (correctly) point out that mother and baby homes were not unique to Ireland. But the commission said that Ireland probably had the highest proportion of unmarried mothers in such homes in the world. pic.twitter.com/UXwOIS9Xw2

The inquiry was part of a process of reckoning in overwhelmingly Roman Catholic Ireland with a history of abuses in church-run institutions, including the shunning and shaming of unwed mothers, many of whom were pressured into giving up babies for adoption.

Pope Francis begged forgiveness for the scandals during the first papal visit to the country in almost four decades in 2018.

The institutions have been subject to intense public scrutiny since historian in 2014 Catherine Corless tracked down death certificates for nearly 800 children who died at the former Bon Secours Mother and Baby Home in Tuam, County Galway in western Ireland, but could only find a burial record for one child.

The commission of inquiry said about 56,000 unmarried mothers and about 57,000 children had lived in the homes it investigated, with the greatest number of admissions in the 1960s and early 1970s. 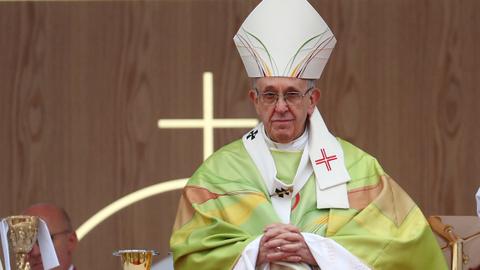 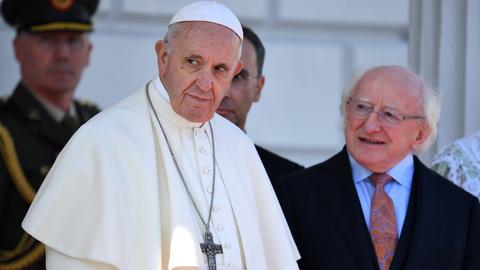