These two European countries have seen a spike in incidents of Islamic discrimination against women who wear the Islamic headscarf (hijab) and Islamic veil (niqab).

Religious discrimination against Muslims is on an increase around the world.

It ranges from physical to verbal attacks aimed mostly at Muslim women.

But a trend is quickly emerging in Europe where two countries have seen a spike in incidents of Islamic discrimination against women who dorn their religous garb like the headscarf (hijab) and veil (niqab).

We take a look at the most prominent cases over the past three years.

A columnist singled out Channel 4's Fatima Manji for wearing a hijab while reporting on the Nice attack in France.

In his column for the Sun newspaper, Kelvin MacKenzie questioned Manji's right to wear a hijab while live on TV.

He said it was not appropriate for the Muslim reporter to appear on camera following another "slaughter by Muslims".

Manji has since filed a complaint against MacKenzie.

This is disgusting. Solidarity with #FatimaManji @fatimamanji. This says more about MacKenzie than anything else pic.twitter.com/Kqf60qjNic

A Muslim woman wearing a niqab was barred from entering a bank in Germany.

The 20-year-old woman had gone to the bank to make a transfer.

Although she offered to remove her niqab for identification purposes, a non-Muslim white employee of Sparkasse Bank pushed her hard enough to cause her bruise marks all over her body.

Earlier this year, a non-Muslim white man ripped a woman's niqab from her face in Sunderland.

The woman was attacked in front of her nine-year-old son while waiting for her husband inside a shopping mall.

This henious attack caused her a severe injury to her neck.

A Muslim woman was beaten and kicked off a London bus by two non-Muslim white women.


The Muslim woman suffered major injuries and was rushed to hospital.

A Muslim woman was asked to leave the Opera house for wearing a niqab.

She was sitting in the front row when some of the non-Muslim white performers objected to her presence.

#Woman with #Islamic #Veil asked to leave from #Paris #opera. #humanrights #law #why @amnestyfrancehttp://t.co/FgkaYJXw4P via @theblaze

Tasneem Kabir was beaten up for wearing a hijab in London.

The 16-year-old was on her way to college when she was knocked unconscious by a non-Muslim black man.

Besides causing her a head injury, her attacker had also broken her teeth.

TRT World spoke to Founidng Director of Tell Mama UK Fiyaz Mughal, an organisation supporting victims of Muslim hate and discrimination to find out more about anti-Muslim sentiments across Europe.

TRT World: Can you give us a breakdown of countries with the highest number of reported cases?

FM - "If we talk about Europe, the question is who records them?If you are looking at Europe vs Britain, then Britain has a much better recording system of hate incidents and hate crimes.Britain also has stronger laws around discrimination over the internet.You look at some European countries like Hungary, Austria and other countries...and you hardly get any Islamophobia incidents taking place, and that is ridiculous!Ridiculous because the environments are even worst than anything in Europe we have in relation to Muslim hatred.So the answer is... the UK has the highest number of recorded incidents.UK can actually record these incidents.If the same systems are put in place in Europe, the figures would be far higher there.The incidents in France would be far higher than you have in Britain."

TRT World: Have your findings suggested any shift in policy since the attacks occured?

FM - "Yes, we are actively involved in trying to ensure Islamophobia is put up on agenda in terms of political comment and political discourse from UK ministers.So there is a new hate crime strategy being promoted this week.The new hate crime strategy has been inputted by Tell Mama.It will include an announcement of over £2 million of funding to ensure security of anti-hate institutions in the UK.The announcement will be made this week and we will be inputting into that.So Tell Mama is in a strong position where it can influence change." 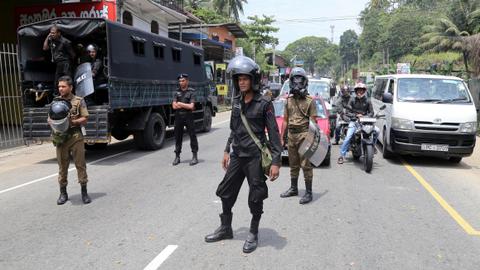 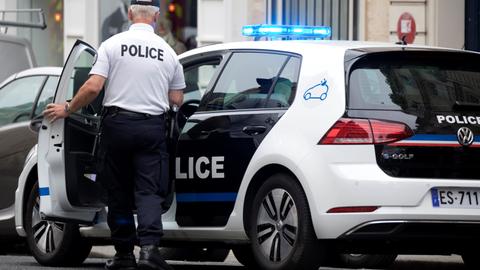