Leading Brexit campaigner Nigel Farage stepped down as leader of the UK Independence Party on Monday as the fallout from the United Kingdom's decision to leave the EU continues to shift Britain's political landscape.

"I have decided to stand aside as Leader of UKIP. The victory for the ‘Leave' side in the referendum means that my political ambition has been achieved," Farage said during a press conference.

"During the referendum campaign, I said 'I want my country back'. What I'm saying today, is, 'I want my life back,' and it begins right now," he added.

Farage's exit means that one of the most prominent and influential anti-EU campaigners would be sidelined from Britain's negotiations to leave the EU.

Farage has two years remaining on his term as a Member of the European Parliament, or until the UK officially leaves the EU, but says "he hopes the next prime minister will complete the job in less than two years".

UKIP does not have a successor in place but Farage says they will have a new leader in time for the party's annual conference from September to October.

The EU referendum has already claimed several political casualties including outgoing Prime Minister David Cameron, who resigned immediately after the result, as well as Brexit campaigner and former London Mayor Boris Johnson, who pulled out of the race to succeed Cameron.

Home Secretary Theresa May and Energy Minister Andrea Leadsom have launched their bids to replace David Cameron as prime minister and have emerged as favourites.

The centre-left opposition Labour Party has been dealing with its own leadership crisis as the party's MPs moved a no-confidence motion against their own leader Jeremy Corbyn, who lost by a considerable 172-40 vote.

Since the no-confidence vote, at least twenty members of Corbyn's shadow cabinet have resigned or been sacked, and more than a dozen junior shadow ministers resigned.

Farage says that whoever is chosen to lead the country should be a "Brexit prime minister" and says that he will continue to support UKIP.

"If there is too much backsliding by the government and with the Labour party detached from many of its voters then UKIP's best days may be yet to come," Farage said.

The 52-year-old is a former commodities trader and has devoted much of his 10 years as leader of UKIP to campaigning for Britain to leave the EU, employing populist and often controversial propaganda.

Farage has often been accused of his taking his populist rhetoric too far, most notably when he campaigned in front of a poster that showed brown-skinned migrants under the headline "Breaking Point".

At one point he suggested that women in Britain may be at risk of mass sex attacks by migrants.

After the referendum vote he returned to the European Parliament triumphantly and said, "When I came here 17 years ago and I said I wanted to lead a campaign to get Britain to leave the EU, you all laughed at me. But you are not laughing now."

He has never held a seat in the British parliament and originally resigned as the leader of UKIP in 2015 after failing to win in his constituency but his resignation was rejected by the party.

Despite having only one MP in the parliament, UKIP became a force in British politics during his leadership. 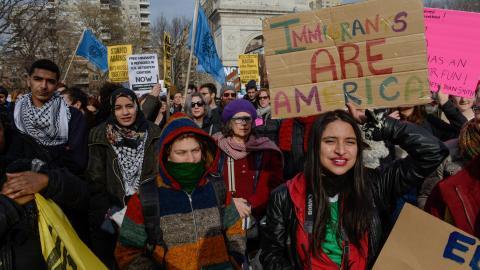 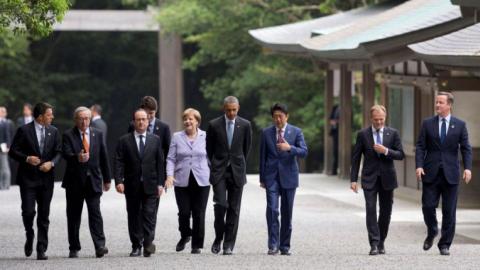