Grenfell Tower recently underwent a refurbishment and investigators suspect that the the cladding might have contributed to the rapid spread of the fire.

British police investigating the Grenfell Tower fire that killed at least 80 people in London last month said there are grounds to suspect that corporate manslaughter may have been committed by the local council, the BBC reported on Thursday.

"There are reasonable grounds to suspect that each organisation may have committed the offence of corporate manslaughter," reported the BBC, quoting a letter from London police to residents of the tower block.

Kensington and Chelsea Council had no immediate comment on the report when contacted by media. 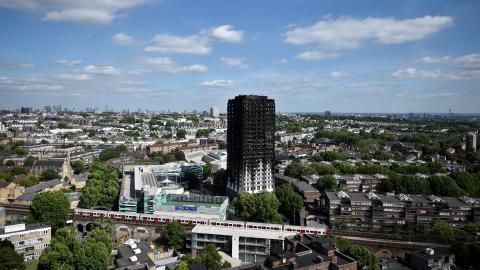