After meeting Israeli Prime Minister Benjamin Netanyahu in Paris for a Holocaust commemoration, French President Emmanuel Macron said "everything should be done" to ensure negotiations start again with the aim of reaching a two-state solution.

French President Emmanuel Macron denounced France's collaboration in the Holocaust during his meeting with Israeli Prime Minister Benjamin Netanyahu in Paris on Sunday to commemorate a mass arrest of Jews in Paris during World War Two.

The arrest, known as the "Vel d'Hiv roundup" refers to the Nazi-ordered mass arrest by French police in the Velodrome d'Hiver cycling stadium. Nearly 13,000 Jews were gathered and then deported to Auschwitz concentration camp in Germany in July 1942.

More than 4,000 were children. Fewer than 100 survived. They were among some 76,000 Jews deported from France to Nazi camps.

It was the first commemoration of this kind to be attended by an Israeli prime minister.

France's role in the Holocaust

Macron insisted that "it was indeed France that organised this". He said "not a single German" was directly involved, just French police collaborating with the Nazis.

It was a half century after when then-president Jacques Chirac became the first French leader to acknowledge the state's role in the Holocaust's horrors.

"It is convenient to see the Vichy regime as born of nothingness, returned to nothingness. Yes, it's convenient, but it is false. We cannot build pride upon a lie."

French Jewish leaders hailed Macron's speech Sunday — even as critics railed at him online, where renewed anti-Semitism has flourished.

After attending a Holocaust commemoration event with Netanyahu, Macron also appealed for renewed Israeli-Palestinian peace talks which have been suspended for three years.

Macron said that "everything should be done so that negotiations restart" with the aim of reaching a two-state solution, as the international community has long sought.

"I call for a resumption of negotiations between Israel and the Palestinians in the framework of the search for a solution of two states, Israel and Palestine, living in recognised, secure borders with Jerusalem as the capital," Macron told reporters.

Macron condemned an attack last week that reportedly killed two Israeli police officers at a Jerusalem shrine revered by Jews and Muslims, and said he is committed to Israel's security. But he warned that continued Jewish settlement construction threatens peace efforts.

Netanyahu, who is looking to turn a new page with France after resisting attempts led last year by Macron's predecessor Francois Hollande to restart the peace process via an international conference, said Israel and France shared a desire to see "a stable and peaceful Middle East."

Pro-Palestinian and other activists protested Netanyahu's appearance in Paris, criticising Jewish settlement policy and the blockade of Gaza.

Macron raised concerns about the arming of Lebanese Shiite group Hezbollah. The Iran-backed group's rocket arsenal can hit any military target in the Jewish state, its chief said last month.

Tensions have risen between Hezbollah and its longtime foe Israel since Donald Trump became US president with his tough talk against Iran.

Macron said he would visit Israel "in the coming months", at the invitation of the Israeli prime minister. 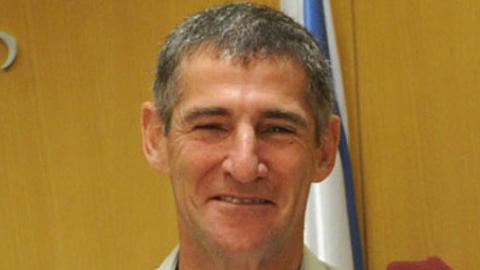 Top general under fire after comparing Israelis to Nazis 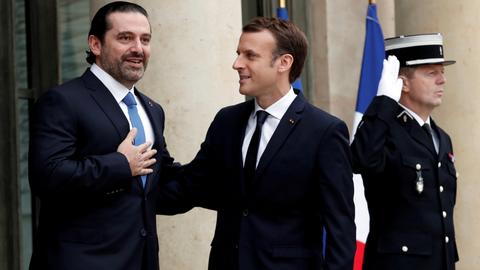